Why Is Humus Important For Your Garden? 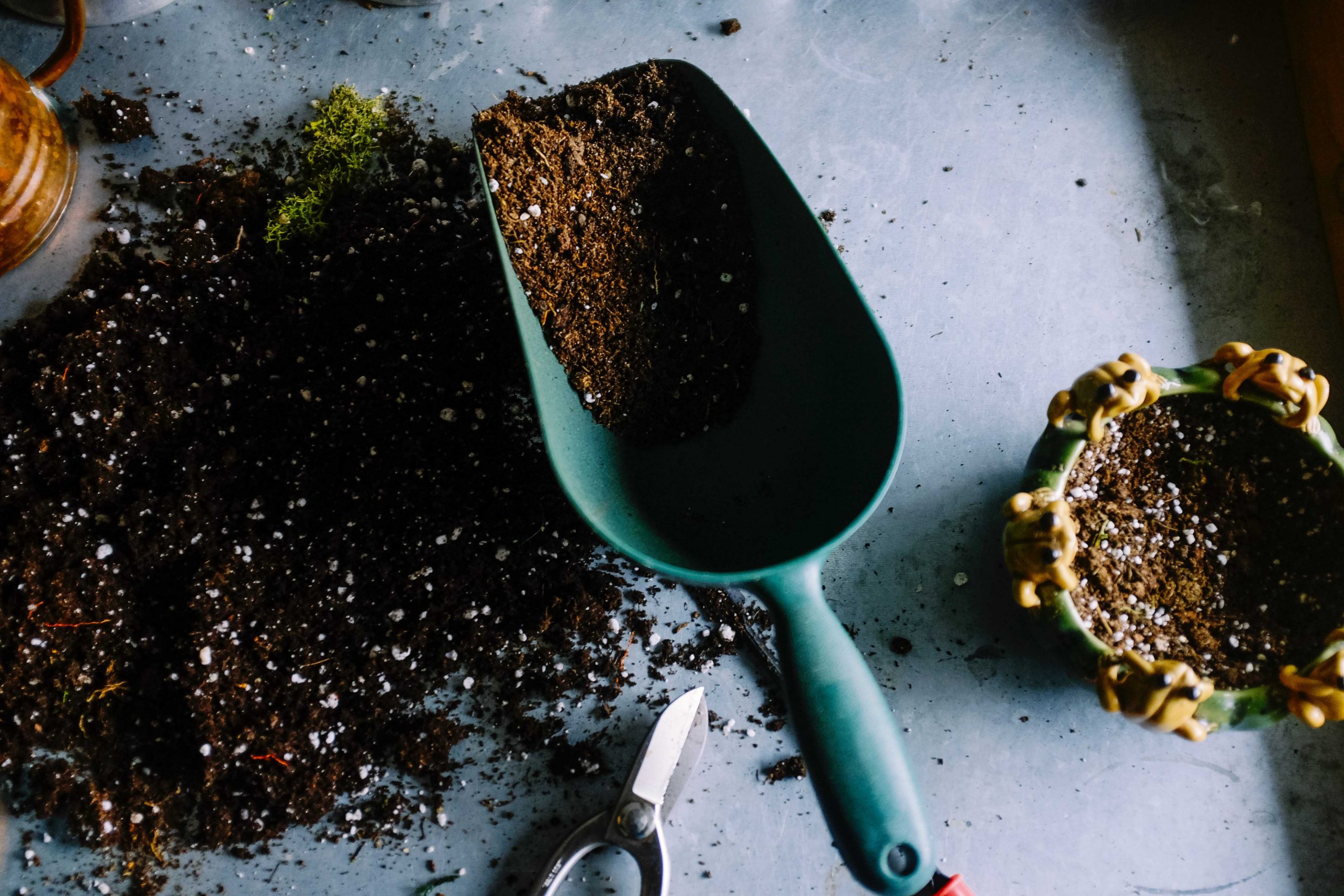 If you’ve been gardening for a while, you’ve probably encountered humus. It’s a dark brown, absorbent mass made from the fully decayed remains of plants, insects, and other organic materials. You’ll see it if you dig down a few inches in a forest, and there may be bags of it for sale in your local gardening store.

You may be thinking wait — isn’t that compost? Almost, but not quite. Compost is what you get if you pile up leaf waste, kitchen scraps, and more into a pile in your backyard and let it decompose for six months or a year. Compost, or “black gold” as gardeners call it, is a great addition to your garden that retains water, adds nutrients, and improves your soil.

Humus takes it a step further. If you left your compost for, say, ten years, the microorganisms, fungi, earthworms, and other tiny creatures that live in the soil would continue to work on it, breaking it down more and more until it was reduced to the smallest molecular particles. That’s when it becomes humus. This is why the best place to find humus in the wild is in forested areas that have been undisturbed for decades.

Why should this matter to you, the gardener? Well, if compost is black gold, then humus might be considered black platinum. Adding it to your soil improves texture, absorbency, and nutrients, and even helps regulate the pH of your soil.

What is Humus and How is it Made?

Let’s look briefly at the chemistry of humus. “Organic matter” is a general phrase that includes plants, animals, fungi — anything that is carbon-based, a category that includes all living things. When a carbon-based organism dies, it begins to break down into its constituent parts. That process is helped along by tiny organisms that include microbes, bacteria, algae, and more. This process is called aerobic decomposition, because it happens in the presence of oxygen.

In your garden, once the organisms have broken down the carbon-based material to a certain level, plants absorb those constituent parts into their roots, where it serves as food. Nutrients such as nitrogen, potassium, and phosphorus, which are vital to plants, are produced and absorbed by plants in this way.

Eventually, a new process begins of anaerobic decomposition, also called humification, which takes what the plants can’t immediately use and breaks it down further. The end result is largely made of carbon, and may also include fulvic acid, humic acid, and humin. It is a very stable substance that can’t be changed or reduced any further: humus. 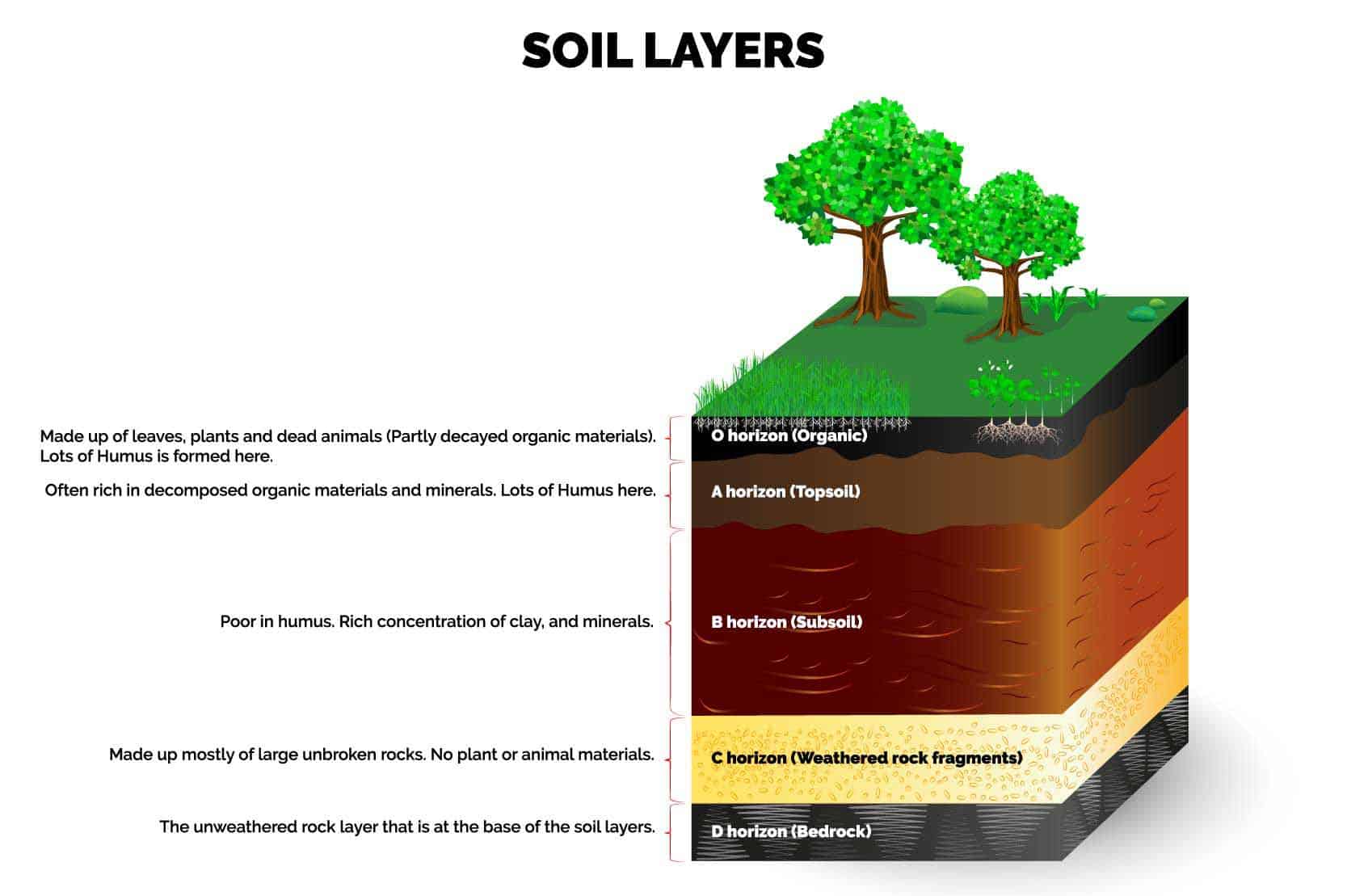 What Does Humus Do In the Garden?

So what’s so special about humus? Is it better than compost or any other additive you feed your soil with? Humus actually has several tasks in the garden, each of which improves your soil’s structure and fertility in different ways.

Humus is sponge-like — it can hold up to 90% of its weight in water. That means you’ll need to water less during dry spells, since your plant’s roots can access the water that’s been absorbed by the humus. If you have humus-rich soil and employ a good organic mulch, there should rarely be a need for you to do any supplemental watering except when you have new plantings or are experiencing drought-like conditions.

Your soil is either acidic, alkaline, or neutral, as reflected by its pH number, which ranges from 0-14. Every plant has its own preference for pH, but most plants like something that is near neutral, or 7.0. If your soil is too alkaline, you can add sulfur to increase acidity; lime will reduce acidity. Humus, then, will buffer the soil and help it maintain the pH that you’ve worked hard to obtain so that your plants will grow robustly where you’ve placed them.

The humic acids, which we mentioned above, have a particular job to do. They hold on to nutrients and minerals, and gravitate toward depleted areas of the soil. Those spaces are often found near the roots, and are caused by the plant having taken in all the available minerals and nutrients out of the soil to feed itself. Once the humic acids are near the roots, micronutrients such as magnesium, calcium, and iron become available to the plant as needed.

Tilth is a word used in agriculture to refer to the physical condition of the soil, and how conducive it is to growing plants. Soil with a good tilth will possess all the elements that a plant needs to succeed — whether that success means a juicy ripe tomato, a crop of wheat, or a mass of dinner plate dahlias. Tilth is a general term, and there are lots of elements that make up tilth. Good tilth impacts the aeration of the soil, its porosity, and it’s ability to absorb added nutrients. Adding humus is one of the best ways to achieve good tilth.

The process of creating humus feeds more than just your plants. It also provides food for the millions of tiny microorganisms that live in your soil. These microorganisms, in turn, give your soil the life it needs for plants to grow, by reproducing, dying, and breaking down into elements that enrich the soil and feed your plants. In effect, when you add compost and humus you’re feeding the soil around your plants as much as you’re feeding the plants themselves.

Scientists are still debating this one, but many believe that humus helps prevent diseases that can impact your garden as well as food crops. Studies have shown that plant deficiency diseases are often less severe when the soil is rich in organic matter such as humus. This makes good sense, since humus is rich in materials and nutrients that may alleviate deficiencies.

7. Grabs onto nutrients and oxygen

Humus helps retain both oxygen and nutrients in the soil. The nutrients may exist as soluble ions, which can be easily absorbed into the plant roots, and metal ions, also called cations, which include sodium, aluminium, and calcium. These ions directly impact the fertility of the soil.

How Do I Use Humus?

Humus isn’t hard to utilize effectively in the garden. Unlike some fertilizers, it’s not “hot” so you don’t need to worry about burning your plants’ roots when you apply it. Unlike compost, it won’t contain chunks of un-decomposed materials that make it hard to rake your ground smooth.

One good time to apply humus is when you are starting a new bed. Work a layer of humus in the top few inches of the soil with a trowel or shovel several weeks before you plant anything in the bed, or, if possible, the fall beforehand.

Humus can also be applied to existing beds. Sprinkle it around your plants and dig in lightly with a trowel several times during the growing season, especially for newer beds. Once your bed is established and the soil is rich and crumbly, you can scale back to a single application in spring.

Using humus is not exclusive to outdoor garden beds — you can mix it in with your potting soil for both your indoor and outdoor potted plants too.

Where Do I Get Humus?

You may see bags of humus at a garden center or big box store, though it is unlikely that this is pure humus — it’s more likely to be a mix of compost and humus, or possibly humus and manure. That’s not a bad thing, though, and it is still an excellent additive to your bed.

You can also dig humus up in forested or overgrown areas that have not been cultivated for at least a decade. But here you want to be careful not to upset the delicate ecosystem that abounds on the forest floor, so use caution and keep your digging to small areas.

In theory, you can make humus yourself by playing the long game: build up a compost pile of dead leaves, kitchen scraps, and other organic materials and leave it untouched for several years. This will leave you with something that is moving past compost and coming closer to being humus. The longer you leave it, the more it will have decomposed into its molecular components.

Does Humus Have Drawbacks?

Humus is not fertilizer. If you have specific deficiencies in your soil, as determined by a soil test, you’ll need to address those with a product that is designed to mitigate those deficiencies.

Humus is also not a miracle ingredient. You won’t add it to your garden and come a week later to find impossibly lush, verdant plants. Its results take time and are visible only over the long term.

Another possible drawback to humus is that it may be difficult to know exactly what went into making it. This leads to the possibility of pathogens or weed seeds coming into your garden with the humus. Humus purchased in a store may be heat-treated to eliminate these unwelcome ingredients, but if you’re digging it yourself, use caution and monitor the area where you spread it afterwards for weeds or disease.

Read about The Best Organic Fertilizers & How to Use Them.

It’s easy to believe that gardening is all about plants. But in reality, it’s as much about the soil as it is about the plants. If you “grow” good soil, you are well on your way to a beautiful garden.

Humus is one ingredient that can get you there more quickly. If your soil is poor, regular additions of humus dug into the top few inches of your garden can improve it over time. If your soil is already healthy, humus can make it better.

Humus is also good for the environment and doesn’t kill beneficial microbes and insects, as some commercial fertilizers do. Whether you’re a beginning gardener or a master plantsperson, humus is an ingredient that is well worth adding to your plot, and will reward you with years of lush and robust growth. 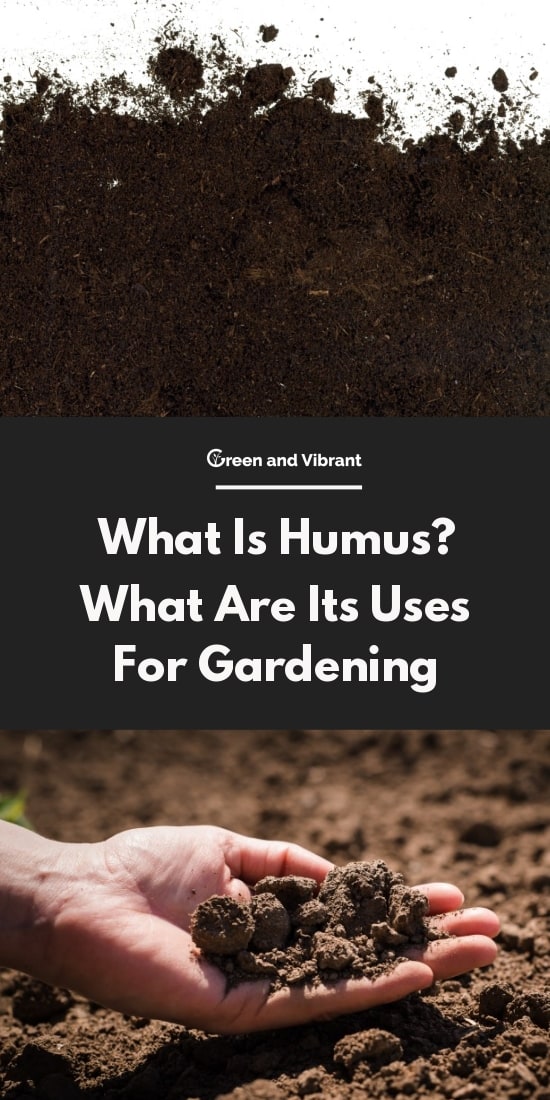