Honeysuckle Vines - Our Best Tips To Caring For Honeysuckle

Considered a weed tree by some, Honeysuckle is nevertheless a very attractive plant. When kept properly pruned, it can serve as a fast-growing, colorful flowering filler to your lawn hedge.

Honeysuckle grows in many places from Asia to America as long as the weather is not so harsh. That explains it comes with lots of varieties, all are beautiful plants to your garden.

There are in excess of 180 different types of honeysuckle plant, encompassing shrubs and vines that can be evergreen or deciduous. 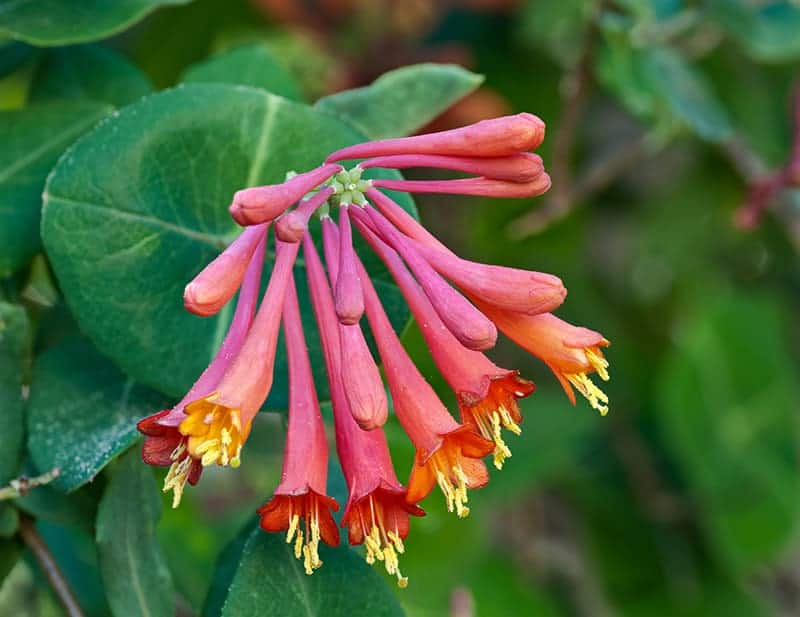 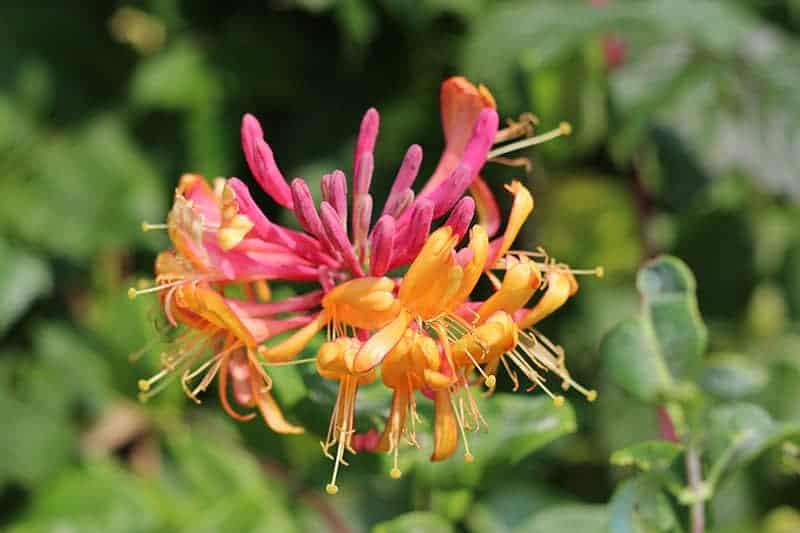 Commonly called the goldflame honeysuckle, this variety blooms all summer long and features multi-colored flowers that are lined with purple and pink. This variety is listed as an invasive species in the state of Illinois. 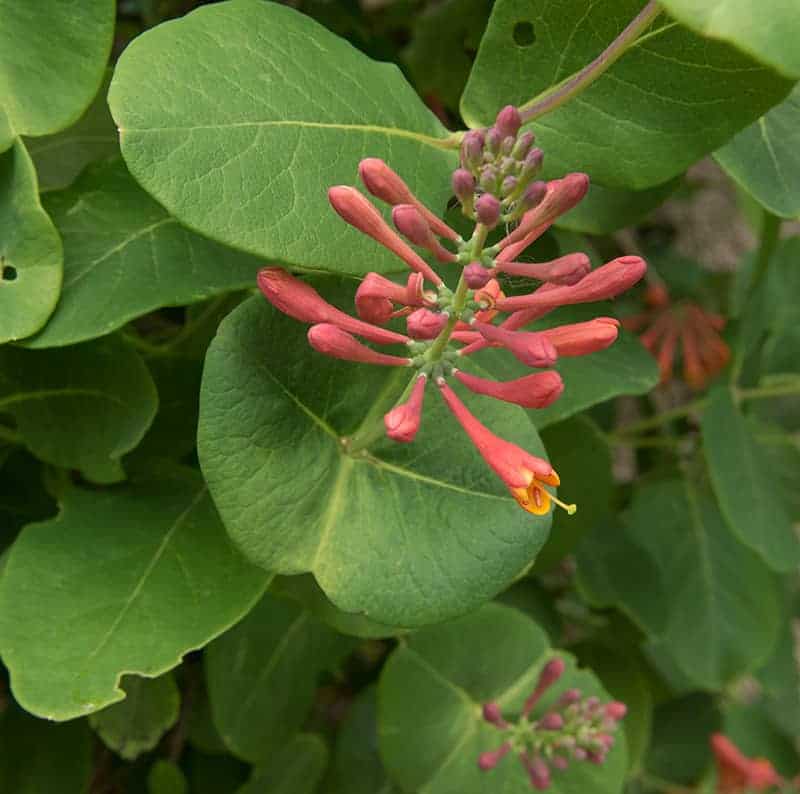 Commonly known as Brown’s honeysuckle or scarlet trumpet honeysuckle, this honeysuckle variety is a hybrid of Lonicera sempervirens and Lonicera hirsuta. The variety combines the best of both of these cultivars: the tropical aesthetic of the former, with the hardiness of the latter. The flowers, in shades of orange and red, appear in late spring and persist all the way through to October. They are mildly scented and trumpet-shaped. 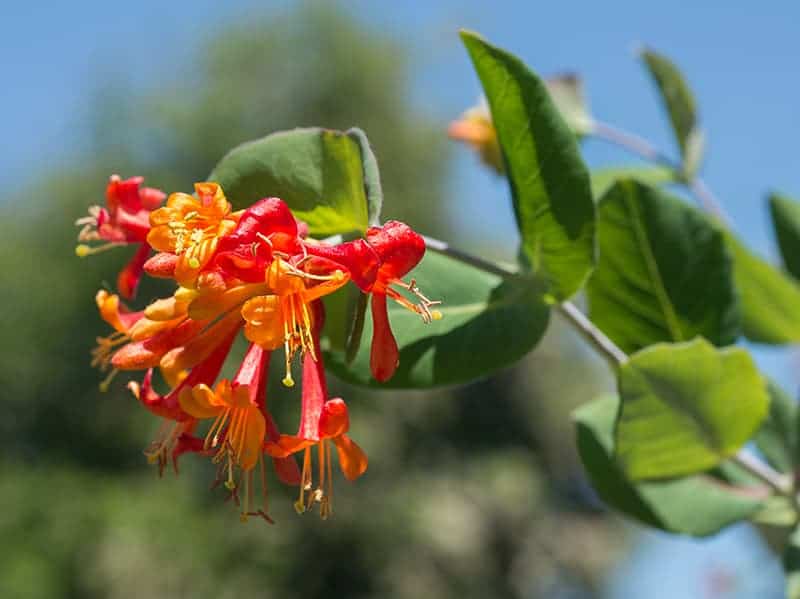 This honeysuckle differs from most other varieties because it thrives in shade. If you have a dark corner of your garden, this could be a good vine to brighten it up. It blooms in late spring and early summer in shades of vibrant yellow and orange. It is native to the Pacific Northwest and enjoys cooler temperatures than most honeysuckles.

After planting, honeysuckles need plenty of water, and you should aim to maintain consistently moist soil. Once established, mature plants will be fairly drought tolerant and can be watered less frequently, even relying purely on rainfall in some climates. Young honeysuckles will need to be planted in well-draining soil to avoid problems with soggy soil and root rot.

They are not particular about types of soil and can thrive in a variety of different soil types as long as it drains well. Applying mulch to the top of the soil will help to retain moisture in the soil and reduce the frequency with which you need to water. Water at base level with a soaker hose to avoid wetting the leaves, as diseases are more likely to strike on damp foliage. 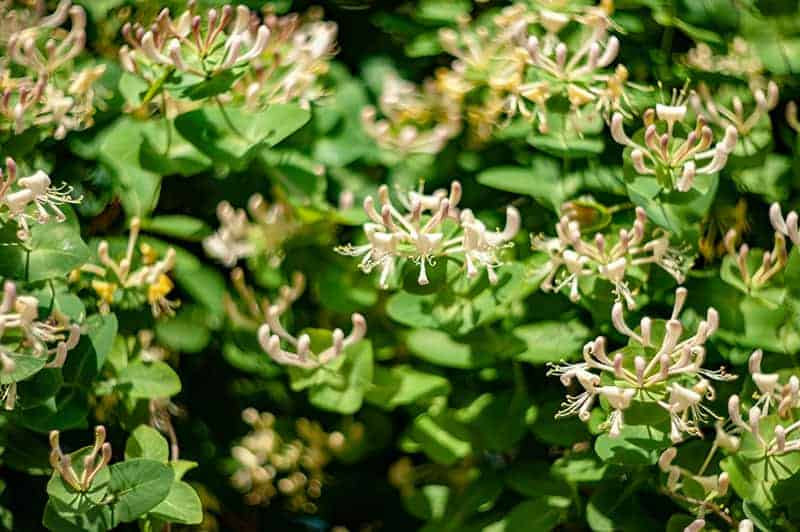 Honeysuckles grow best in full sun. They are one of the few plants that are happiest in a position of full sun, so they are well-suited for planting in unsheltered areas of the garden where others may scorch. Though they prefer full sun, they can tolerate some shade, so it may be planted in a position of partial shade. You will need to make sure that the plant achieves at least six hours of sun throughout the day to encourage the production of flowers. Though honeysuckles will grow in partial shade, those in a position of full sun will flower more profusely.

Honeysuckles will grow in a wide range of climates and can survive in almost any location that does not get extremely cold. There are some varieties that prefer cooler climates, but most will thrive in temperatures between 55 and 85º F.

Honeysuckles can be easily propagated with leaf bud cuttings. One of the most common ways to do this is with a double eye cutting, where you make an initial cut directly above a pair of leaves, and a further cut halfway between the leaf joins. The raw end of the stem can then be dipped in rooting hormone, and planted in a moist growing medium. Keep the stem cuttings in a position with plenty of warmth and cover them with a plastic bag to increase humidity and replicate the conditions of a greenhouse.

You will know if the cuttings have rooted by observing new growth from the stems. Once roots have formed, you can gradually move the container outside to allow the cuttings to acclimatize, before transplanting them into their final home in the ground, or in a larger outdoor container.

Honeysuckles can be trained to grow around a stake or along trellis or fencing, but ensure that you place your stake support in the ground before planting your honeysuckle. Otherwise, you risk disturbing the root network of an established plant. Once the vine is undergoing growth, you can train it by tying branches with gardeners’ string.

In terms of pruning, you can remove dead, damaged, or diseased growth at any time throughout the year. A more intensive pruning will need to be performed at select times of the year and will depend on your type of honeysuckle and the style you are trying to achieve. If you are growing honeysuckle as ground cover, or to retain an eroding wall or ground, then you don’t need to prune it.

Late winter or early spring is the best time to perform an overhaul of your honeysuckle (New Mexico State University). As flowers most commonly bloom on new growth, you should cut away old growth as this will stimulate new growth and give you a greater abundance of blooms. Cutting back a few old woody stems right back to the base is also a good idea to help renew the plant, as well as cutting out any old stems to ease congestion and create better airflow around the vine. Lightly trimming the top part of the plant will help to allow more light in and reduce the chance of diseases such as powdery mildew (Royal Horticultural Society).

An unruly honeysuckle that has not been maintained with regular pruning will likely need to be cut back quite heavily in order to tidy it up and give it a new lease of life. Honeysuckles respond well to severe pruning, so if this is the case then you can cut the plant right back to just a few inches above soil level, and it should recover well in spring. 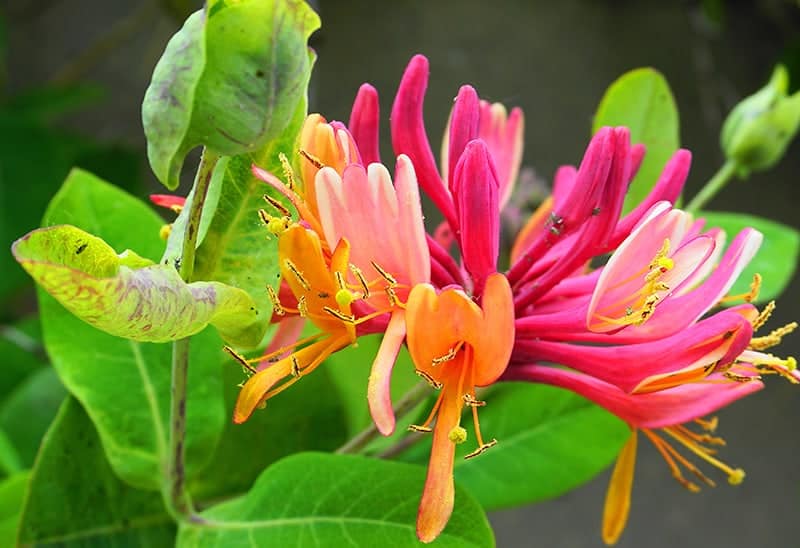 Some honeysuckles will bloom right through to fall, but typically, you can expect honeysuckles to flower from May through to July. The flowers appear in colors in a wide range of colors, from pale pastel pinks to deep and vibrant reds. They tend to be heavily scented, making them enormously attractive to bees, butterflies, and hummingbirds. The flowers themselves appear in clusters at the very end of branch stems, in wide-tubed shapes. Some varieties of honeysuckle flower will develop into small berries later in the year. 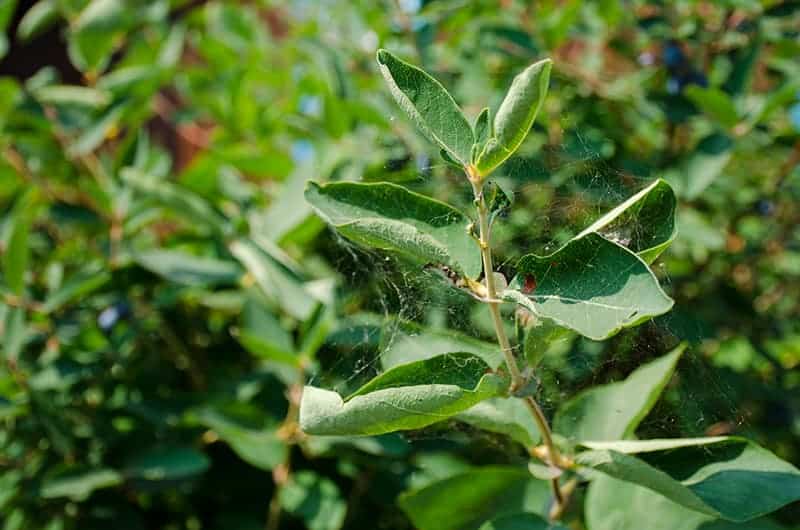 Honeysuckles tend to be mostly free from diseases and pests, though they are sometimes the victim of aphid or mite infestations. They can also suffer from powdery mildew, which is a fungal disease that thrives in moist conditions. Use fungicide and maintain good air circulation to keep powdery mildew at bay. You should also water honeysuckle at soil level and refrain from getting the leaves wet, as damp foliage can encourage powdery mildew.

What has your experience with honeysuckle been? Let us know in the comments, and share this page with other growers! 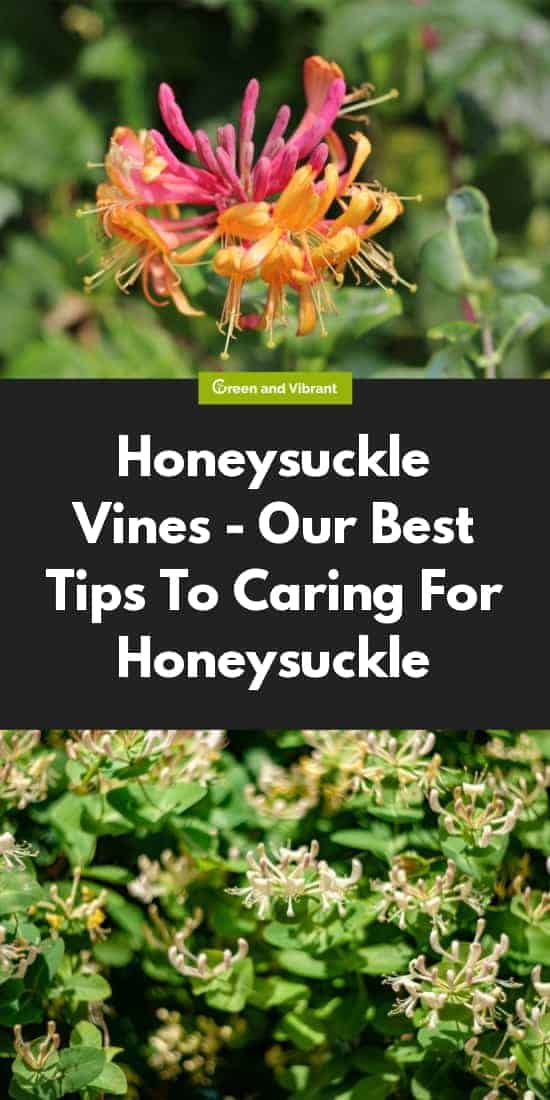