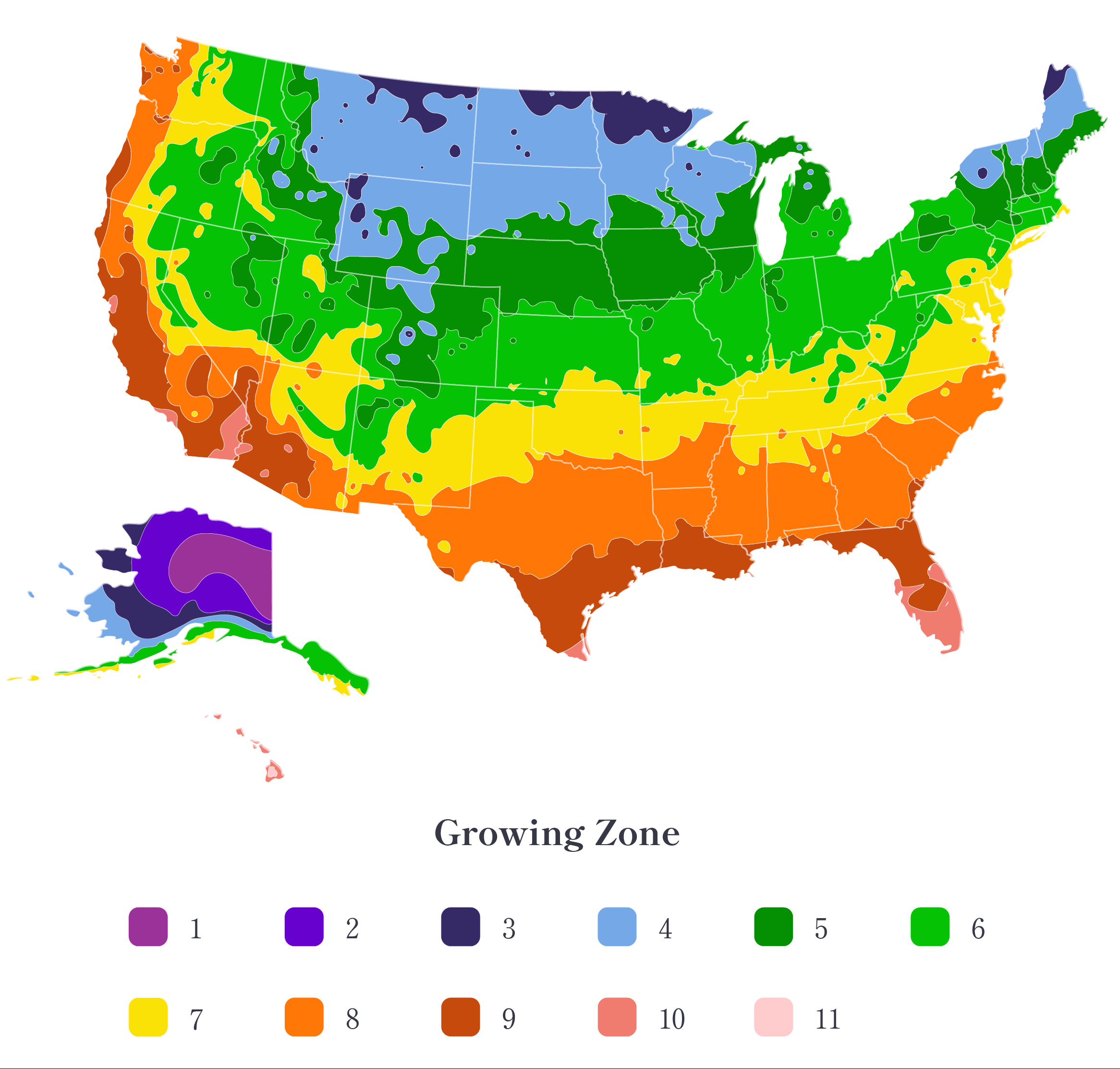 The United States Department of Agriculture (USDA) hardiness zone map is a useful resource for finding out whether a particular plant will be able to thrive in your area.

These zones are based on the average minimum temperatures in different regions of the U.S., ranging from Zone 1a (-60 to -55° F) to Zone 13b (65 to 70° F). For each plant listed on our site, we’ve noted the recommended hardiness zones in order to help you make the best decisions for your landscape.

It’s important to remember that the hardiness zone map is only based on one variable — temperature — so it can be misleading. For example, there are areas as far north as Washington state and as far south as Florida that have the same hardiness zone number, despite the climates of these regions being quite different in many other ways. When selecting plants for your area, other factors such as day length, frost date, and the frequency of snow cover should be considered as well.