The Thuja ‘Green Giant’ is a type of arborvitae hybrid cultivar. It’s an extremely popular landscaping plant valued for its fast growth and attractive shape. Thuja ‘Green Giants’ are low maintenance, disease-resistant evergreens that can quickly grow to 60 feet tall and 15 to 20 feet wide, though they will require the appropriate spacing. Here are some other interesting facts about Thuja ‘Green Giant’ evergreens: 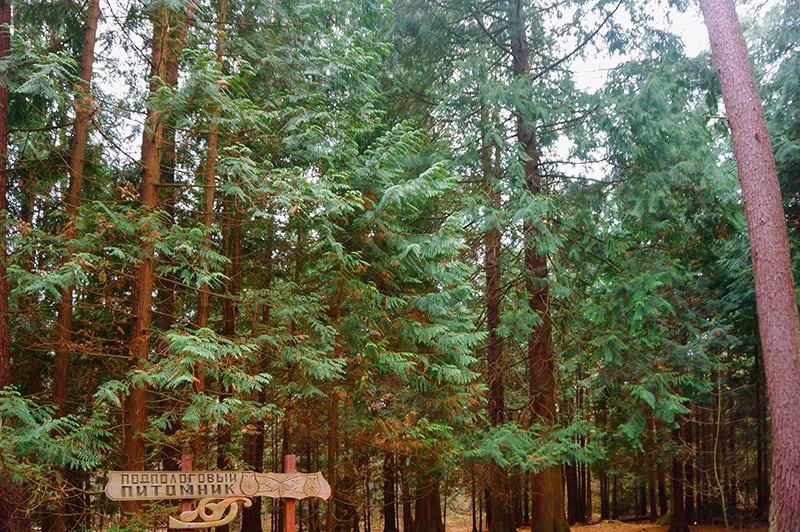 Thuja ‘Green Giants’ are an attractive tree that can be planted as a solitary plant, but are most commonly used to form a screen between property lines, or to create a barrier against wind, ice, or drifting snow. Although the need often dictates site selection, it is important that the trees be planted in well-draining soil, and ideally in a spot that gets a minimum of six to eight hours of direct sunlight. It is most appropriate for planting zones two through six. If planted in warmer climates, the tree will require more shade to survive.

The tree’s rapid growth requires spacing of at least 10 feet apart from one another and a minimum of six to eight feet away from any structure or driveway. Trees can be planted year round, though it is best done in spring to allow the roots an entire growing season to establish themselves before winter. Soil around the root ball should be moistened before removing a new tree from its container for placement into a hole. The hole should be twice as wide as that of the plant’s pot and a few inches deeper, with a small mound of dirt at the center on which the root ball should be placed. Fill with loose soil to allow drainage, making sure to tamp down to ensure a solid fill around the roots.

To guarantee that the new planting’s roots get adequate water in its first days, build a five-inch mound encircling its root zone to hold water in and allow it to sink straight down rather than running off. A layer of mulch over this zone will also help to ensure the health of a new planting. 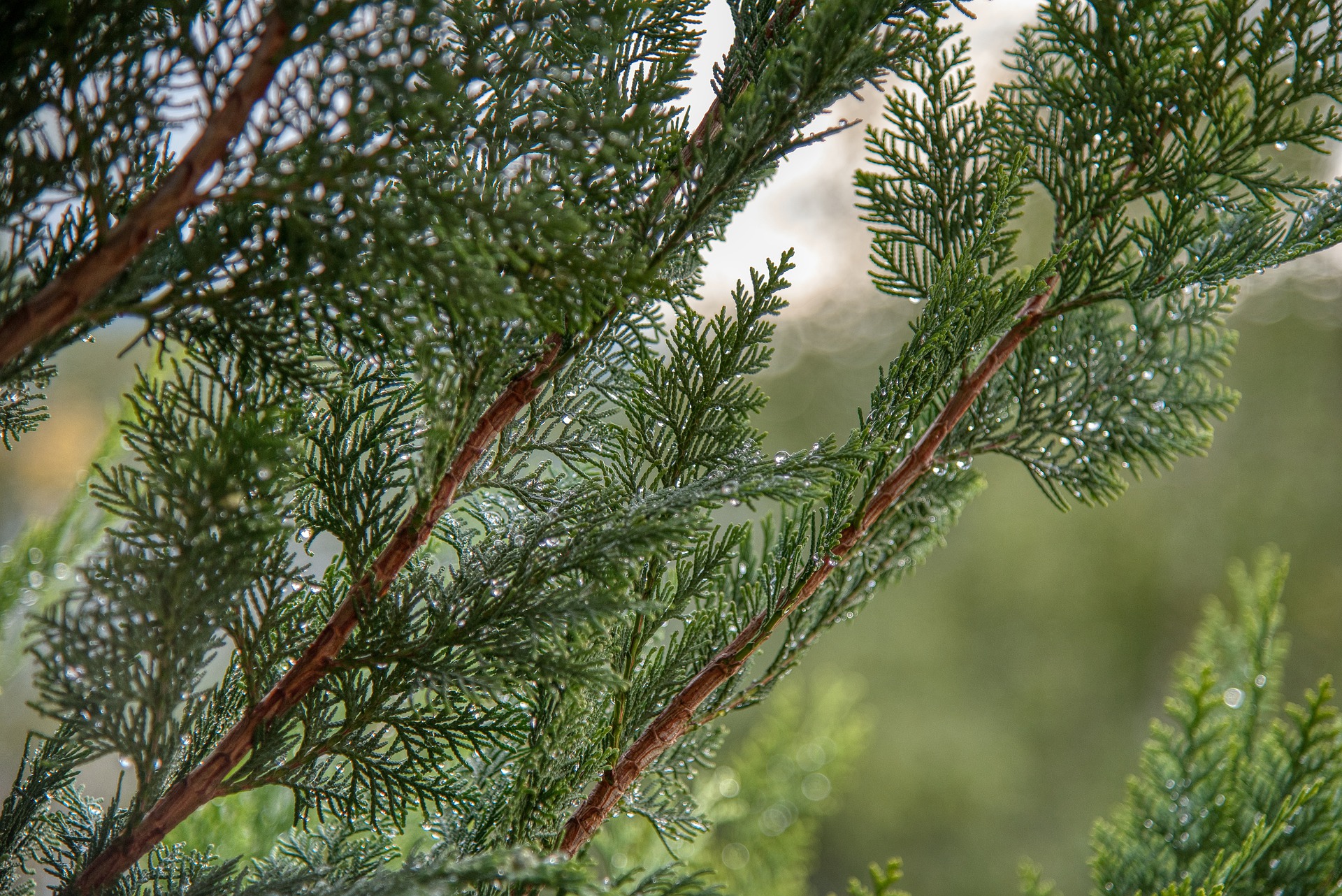 The Thuja ‘Green Giant’ requires a significant amount of water, especially during the hot months of summer. Placing a thick layer of mulch around the tree’s base will help to retain moisture and insulate against extreme temperatures. In areas that do not get weekly rain, you will need to water the tree three times a month. Watering can be cut back to twice a month during the winter.  Both underwatering and overwatering can easily kill a Thuja green giant. Indications of insufficient water include needle tips turning brown and yellow foliage, while overwatering results in discolored, drooping branches.

Like most evergreens, the Thuja ‘Green Giant’ prefers an acidic soil. Though the Thuja ‘Green Giant’ does not require fertilizer, its growth and greenery will benefit from a slow-release formula once or twice a year, especially one that contains a high percentage of nitrogen (10-8-6). The best time to feed the plant is in early spring after the last frost or in early fall. 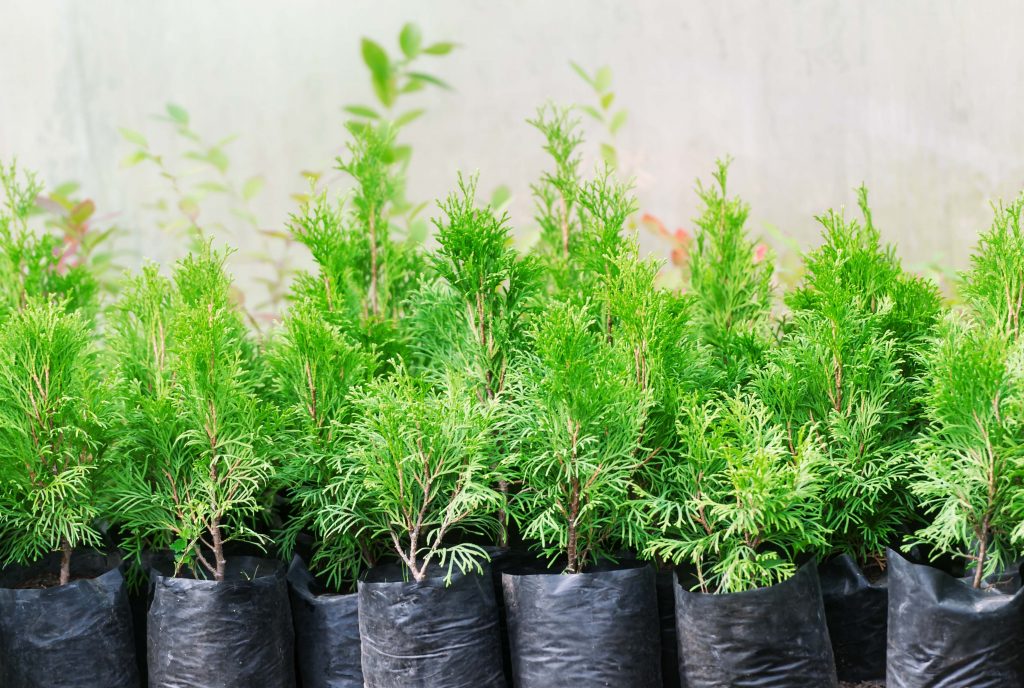 Home gardeners that are interested in propagating their Thuja ‘Green Giant’ will find it surprisingly easy. Propagation is best done in the summer. Start by preparing a six-inch pot with moistened horticultural sand, then take a six- to nine-inch cutting from the tip of a healthy branch that has new growth at the tip and mature bark at its base. Make sure that you cut with clean, sharp sheers at a 45-degree angle, then clear off any foliage growing at the bottom half of the clipping and paint the base with rooting powder. Poke a hole into the moistened sand in the six-inch pot and insert the powder-coated end into the hole, pressing the sand to ensure that the cutting is supported and able to stand up straight.

Place the pot in an area with direct sun and protected from wind and provide it with plenty of humidity and moisture. In about six weeks the plant will have begun rooting, at which point it can be transplanted into a one-gallon container filled with potting soil. Keep partially shaded until ready to plant in the spring. 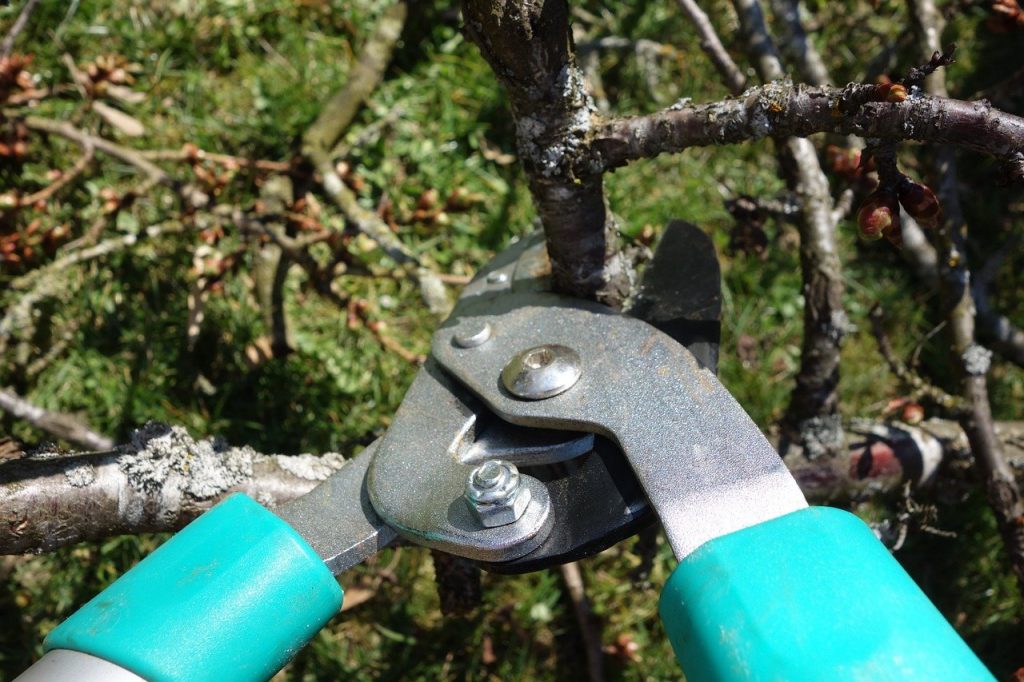 Thuja ‘Green Giants’ require no pruning other than for aesthetic reasons. The plant will grow three to five feet in height every year if left alone, though you can encourage it to grow wider and thicker with light pruning.

Though the Thuja ‘Green Giant’  is easy to grow and considered largely disease-free, it can be attacked by bagworms, which will eat the foliage and slow the tree’s growth. The best way to address these pests on a Thuja is simply to remove them and clip away any foliage that has been impacted by their presence. If you can’t reach the cocoons, spray with insecticide such as Bacillus thuringiensis or spinosad. Be sure to review and follow instructions carefully on the product label.

Thuja ‘Green Giants’ are also vulnerable to scale insects, which are tiny white bugs that leave a liquid that causes mold and mildew to form. Scale will require treatment with an insecticide.

Although Thuja ‘Green Giants’ are disease-resistant, they’re prone to rot problems if overwatered or planted in an area with poor drainage. Root rot appears in two ways: either as mildew on leaves or branches, or as dropping leaves as though it is thirsty even though it has been well watered. You can remove impacted leaves and branches at the mildew point, and the tree should be provided less water. If the leaves are dropping off, it is a sign that the roots have rotted to the point that they are unable to absorb moisture, and the plant is likely unsalvageable.

Have a row of Thuja ‘Green Giants’  and one has turned brown. What do I do?

If a single Thuja ‘Green Giant’ in a row of healthy plants dies, it is generally a sign of root rot. This sometimes happens in just one section of the tree, which is an indication that only one root has died, but eventually they all will. Unfortunately, the soil in the area can retain the fungus that causes the rot, and that can impact a replacement plant. You can try to plant a new tree, which will grow quickly if it remains healthy.

Is the Thuja green giant a good tree for areas with heavy deer populations?

Unlike many other evergreens and arborvitae, deer do not appear to graze on the Thuja green giant, though younger trees may still be appealing to them. If you find that deer are nibbling on your new plantings, apply a deer repellant spray or erect temporary fencing to protect your trees. 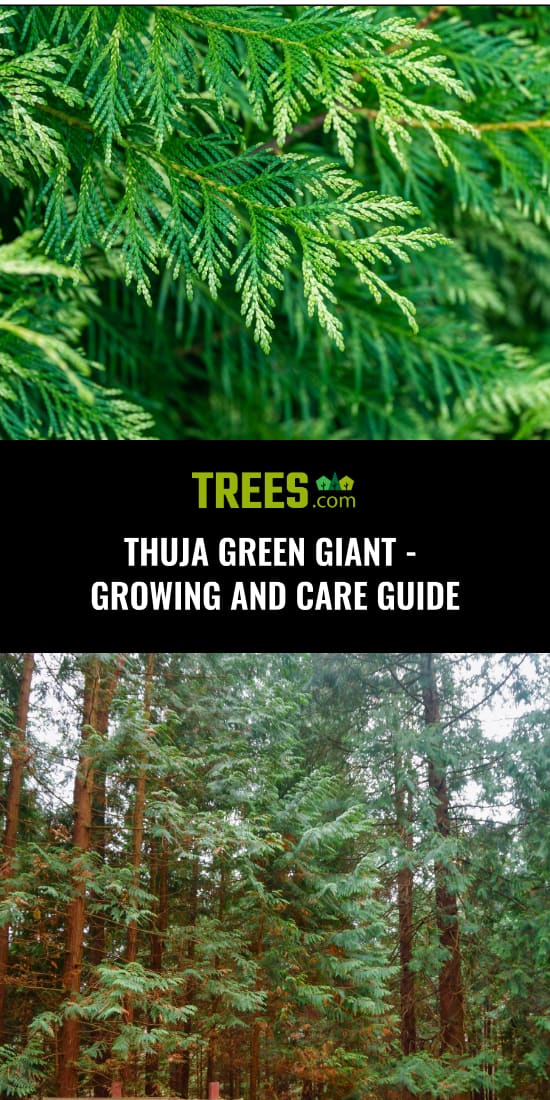