Blue American Agave (Agave americana) is a drought-tolerant, desert-dwelling plant that adds a bold statement to any landscape. The species is easy to care for and long-lived, earning it the nickname “century plant.” Native to Mexico and parts of Texas, you can now find Blue American Agave worldwide due to its popular use as an ornamental plant.

Once established, these plants only need watering once or twice per month.

Blue American Agave prefers fertilizer with a balanced NPK ratio, such as 20-20-20. 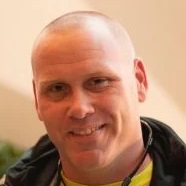 Blue American Agave prefers to be planted in well-draining soil that receives full sun. It is adaptable to adverse soil types, such as sandy or gravelly soil, where other plants may not perform as well. You should avoid heavy clay due to drainage issues, though. Dig a hole the depth of the root ball and three times as wide. Place the plant in the hole, leaving the root crown one inch above the soil level. Backfill the hole with dirt and tamp down lightly, making sure to keep the Agave propped straight up. Apply a generous amount of water to eliminate air pockets, and add more soil if necessary.

For the first few weeks after planting, water your Blue Agave whenever the soil is dry to a depth of one inch. Once your plant is established, you can reduce waterings to once or twice per month, or whenever the soil is dry to a depth of two or more inches. This is an excellent plant for those who are interested in low-water gardens and xeriscaping design principles. If your plant begins to yellow from the base, this indicates you are watering too frequently, or there may be a drainage issue. Conversely, yellowing from the top-down is associated with drought conditions, as Blue American Agave will prioritize the more established lower portions when it is lacking water and nutrients. Healthy mature Agave plants do not normally require fertilization if planted in nutritious soil. The species dies after flowering — adding too much fertilizer may promote flower growth, which in turn will kill your plant.

Blue American Agave requires infrequent pruning to keep the plants in optimal shape. If you decide to prune, only remove dead or dying parts, as the plant does not take well to the removal of healthy leaves. Sanitize your pruning tools and put on protective clothing to defend against the leaves’ spines. Find any damaged leaves, grab them by their base, and cut. Give your Agave plants a thorough watering after pruning to help them recover.

Blue American Agave are prone to pests, including the Agave snout weevils and slugs. The weevils are half-inch-long black beetles that lay eggs in the Agave plant. The larvae will then hatch and begin to eat at the heart of the Agave. Plants treated early for infestation may survive, as long as there is enough tissue to regenerate new growth. Use an insecticide to eliminate any pests as they appear. Agave plants are also prone to root rot if the soil is not well-drained.

Can you grow Blue Agave from cuttings?

Blue Agave Plants can be grown from cuttings. To propagate, you will need sharp garden shears and a pot of soil for your cutting to go into. Sanitize your shears and remove a healthy leaf from the base of the plant — this should be done sparingly so as to not harm the plant. Blue Agave can also be propagated using the pups that surround the parent plant at the base. Wiggle a pup lightly until it separates from the parent plant. Cuttings and pups can grow in a pot or container for around one year before planting in the ground.

Can Blue Agave be grown indoors?

The Blue Agave performs well when grown in containers. They can be moved in and out of your home as the weather changes, or they even make a great full-time houseguest. Potted Agave plants do best when placed near windows, as they still require full sunlight. You will also need to apply a light dose of fertilizer once or twice a year. Be sure to stay on a regimented watering schedule, watering whenever the top few inches of soil are dry.

What is the Blue Agave Plant used for?

The Blue Agave plant is widely known for making tequila. Other parts of the plant are usable, but the plant is primarily known for its nectar. The sap is harvested from the base of the mother plant and is used to make the iconic spirit, tequila. The Agave is harvested and cut to its center, where the plant contains esters, methanol, and alcohols used in tequila production.

Is Blue Agave toxic to pets?

While a bite of Blue Agave will not kill your pet, it may leave them sick. The spikes on the leaves of the Agave can cause swelling, vomiting, and irritation in cats and dogs if ingested. It is not usually listed as a toxic plant, but you should still discourage your animals from playing or chewing on it.

Growing Zones: 4-11 patio / 8-11 outdoors i Growing zones help determine if a particular plant is likely to grow well in a location. It identifies the average annual minimum winter temperatures across the U.S. provided as a map by the USDA.