The Kentucky Coffeetree (Gymnocladus dioicus) is a rare tree species found throughout Southern and Midwest America. The roasted seeds of the coffeetree have long been used as a substitute for coffee beans by both Native Americans and European settlers. Caution should be taken when consuming the seeds as they are considered poisonous until fully roasted. 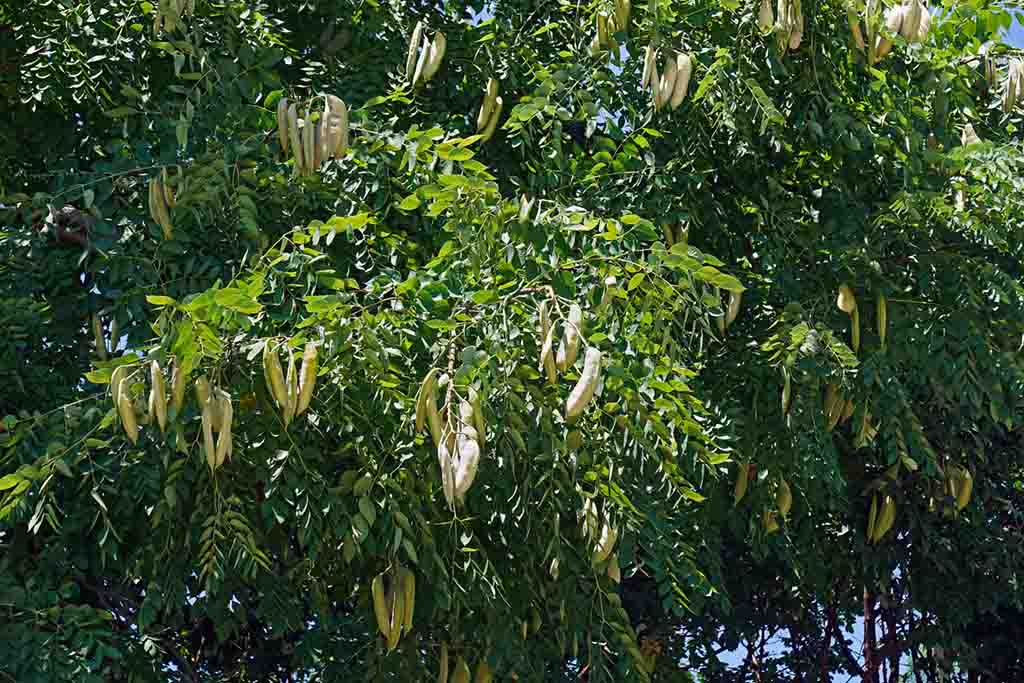 The Kentucky coffeetree is tolerant of a wide range of soil types making it a great choice of tree for urban environments. Choose a planting site that receives full sun. The location of the tree should be carefully considered, as it could grow to over 60 feet tall and 40 feet wide. When transplanting the tree, dig a hole as deep as the root ball and twice as wide. Insert the tree, backfill with dirt, and tamp down lightly. Water the planting site thoroughly, and apply a thin layer of mulch. 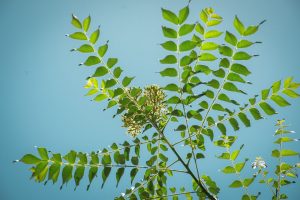 Give your Kentucky coffeetree a daily watering for the first few weeks. Once established, the tree needs little water, only needing supplemental waterings during extended periods of drought. The species does not call for an application of fertilizer when originally planted in rich, nutritious soil. If necessary, a light layer of compost can be added around the base of the tree. Unlike its relatives in the pea and legume families, the Kentucky coffeetree does not fix nitrogen in the soil.

The Kentucky coffeetree produces small, greenish-white, flowers that form clusters on the tips of branches. The flowers bloom simultaneously giving the tree a quick shift in color around early June. The species is dioecious, producing male and female flowers on separate trees. Male flowers are four to six inches long, while females are nearly twice that size. Pollination occurs primarily through the aid of insects, including bumblebees and butterflies. Once pollinated, the flowers form into pods that hold a few hard shelled seeds. 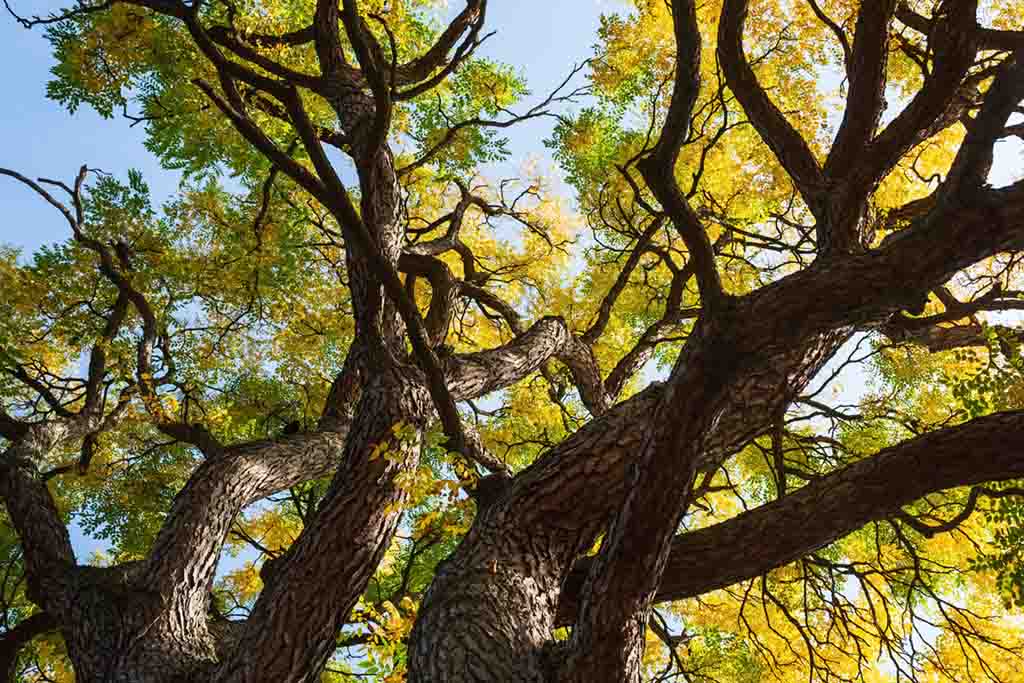 Kentucky coffeetrees do not require regular pruning. However, you may wish to cut the tree back during the dormant period of winter. This will allow for increased airflow, and vigorous new growth when spring arrives. Focus on removing any dead, dying, or diseased branches, this will provide the most benefit for the tree. The dormant period is also a good time to address the tree’s encroachment on any homes or buildings. Remove any branches or limbs that have grown too close for comfort.

In addition to shedding its leaves each fall, the Kentucky coffeetree is known for its seed pods that litter the ground in early spring. When you are familiar with the locust tree, then you know the mess that can be left behind by one of these trees. This fact makes the coffeetree especially suitable for open spaces where seed pod litter will not become a nuisance, such as large parks or other grassy areas. When planting a Kentucky coffeetree in a compact space you may want to keep it away from the neighbor’s yard.

Are Kentucky coffeetrees safe for pets?

The seed pods that fall from Kentucky coffeetrees contain the toxic alkaloid cytisine, which is poisonous to both humans and animals. That being said, the seeds are not easily mistaken for pet food, unless your pet is known to chew on yard scraps, and leaf litter, the seeds are unlikely to be ingested. The cytisine is rendered ineffective when the seed pods are thoroughly roasted allowing them to be safely consumed or brewed into Kentucky coffee.

The pods and seeds from the Kentucky coffeetree do not contain caffeine. Although brewing the roasted seeds will create a coffee like beverage, it will not provide the same jolt of energy as the real thing. The European settlers were not keen on this fact, once they began receiving shipments of real coffee from overseas, their interest in the Kentucky coffeetree seeds quickly waned. However, similar to real coffee, the roasted seeds do provide a mild laxative effect.

Kentucky coffeetrees can be identified by observing their foliage, bark, and other physical characteristics. Each leaf can span over 30 inches. The leaves are formed from six to 18 deep-green leaflets, each of which is about two and a half inches long. The tree’s dark-brown pods measure between four and 10 inches in length, each containing three to five seeds. The bark is grayish-brown with a scaly, ridge-like surface. The tree’s twigs are short and stout, with a reddish-brown color.