1 of 4
Where to buy Selaginella

Knowing how best to care for Selaginella is not straightforward, and that is in part because there are over 700 varieties of this unusual, vascular plant that is often mistaken for a moss. Sometimes referred to as a spike moss or arborvitae fern, Selaginella is a small tropical plant that sometimes creeps, climbs, and trails. Those who live in humid and hot climates can grow it outdoors as an effective ground cover, but outside of that environment it’s frequently grown in terrariums or water trays where it thrives in the constant moisture. Here are other reasons to love Selaginella: 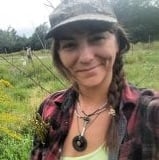 Selaginella is native to a damp, tropical forest environment, so conditions that replicate this environment will help it thrive. If planting outdoors, choose an area that keeps the sun’s heat from drying it out, while indoors it should be placed in a container that will build up a warm, steamy environment. Though it requires constant moisture, it is a soil-based plant, and if planted in a terrarium will require being planted about one inch down into a soil level of about two inches. Provide a rich, organic soil with peat moss mixed in to assure moisture retention, keeping acidity levels around 6.5. Temperatures should be kept no lower than 70 degrees Fahrenheit, though it can survive occasional drops as low as 40 degrees Fahrenheit. Humidity should stay relatively steady at 85%.

Selaginella requires that its soil is kept damp constantly, but with no standing water. It will not survive drought, though a few varieties have developed a survival mechanism that allows them to curl into dry, brown balls until water is re-introduced. These are known as resurrection plants.

Selaginella benefits from a once-a-year feeding of fertilizer, though it is not required.

Selaginella generally does not require pruning. Dead sections can be removed to make the plant look better, and if it starts to look leggy, pinching its stems back will encourage bushier growth.

Outdoors, Selaginella can be impacted by mealybugs and spider mites, which can be controlled by spraying your plants with a hose to knock the bugs off and then applying a dose of Neem oil. While indoors, Selaginella’s biggest vulnerability comes from crown rot, which comes from too much moisture. Only water your plant at its soil level and do not spray water on its leaves or from above.

Light requirements can vary dramatically between different varieties of Selaginella, but if kept indoors as a houseplant, a safe bet is a position of bright, indirect light. Outdoors, Selaginella plants like to be in partial shade to full shade. If kept in partial shade, ensure that any light the plant receives is morning light so that it isn’t too intense, and then, shelter the plant from afternoon light when the sun is at its strongest.

Selaginella plants enjoy high humidity. If you keep the plants indoors, you can increase the humidity around the plant by grouping it with other plants, as this is a natural way to create a higher humidity. Alternatively, you can spray the plant with a light water mist, or set the plant on a pebble tray. Humidifiers are also a good way to increase humidity, though they will increase the moisture content of the whole room, not just around the plant.

Selaginella plants like temperatures ranging from 50°-75° F. Because of this, some varieties can work well as houseplants, but they are more commonly found growing outdoors. There are some Selaginella species that will tolerate temperatures as low as 40° F, and these can be grown outdoors all year round. If kept inside, keep the plants away from heating vents which may dry the plants out.

In its natural environment, Selaginella plants self-propagate from spores that are produced in the short terminal spikes (Royal Horticultural Society). However, if you wish to propagate the plant yourself, you can do so with stem cuttings or plant division.

To divide the plant, you can remove it from its pot once it becomes root-bound and separate the rhizomatous roots up into sections. Depending on the size of the plant, you could half it or divide it up into several new plants. Take the newly divided plants and pot them into appropriately sized containers with moist, fresh potting soil and continue care as normal.

To propagate with stem cuttings, you will need to take a cutting of around 4 inches and dip the cut end in rooting hormone. Prepare a small pot with a moist growing medium and create a hole in it with the blunt end of a pencil. Tuck the stem cutting into the hole and set it in a warm position to root.

To encourage rooting, you can cover the stem cuttings with a plastic bag, which will help to create a humid environment and replicate that of a glasshouse. You will know roots have formed once new growth is produced above soil level, or if you tug the stem and come up against resistance. When roots have formed, you can transplant the young plant to a larger pot or plant it directly in the ground outside. This is best done in spring so that the plant has a chance to become strong over the growing season so that it has better chances to survive over the colder winter months.

There are over 700 species of Selaginella that grow natively in many different regions across the world, including China, Africa, South America, and Australia. Selaginella plants are usually perennials, but depending on the variety, they can be climbers, creepers, or trailing plants. Some can grow to form small mounds, while others have a very low spread and work well as ground cover. A few of the common varieties include the following.

Commonly known as trailing Spike Moss, this variety of Selaginella is native to Southern Africa. It grows to a low height of just one inch but can spread limitlessly by rooting stems. Its foliage is a vibrant green color, though other cultivars exist with brown or golden foliage.

Native to China, this variety of Selaginella forms small mounds of foliage. Its stems can extend to eight inches in length, with a spread of around 12 inches. It is commonly known as Staunton’s Spike Moss.

This plant is commonly known as Arborvitae Fern, although this variety of Selaginella is not technically a fern at all. It spreads rapidly to lengths of over 110 feet, with dark green detailed leaves (Southern Living).

What does it mean if the tips of the leaves of my Selaginella turn brown?

This can happen as a result of over fertilizing, improper watering, lack of humidity or because of chemicals in the water. Your Selaginella requires very little fertilizer, and it should be provided at half the recommended strength that other plants require.

Is a Selaginella a moss or a fern?

Selaginella is a fascinating plant that spreads and acts like a moss but often looks like a fern. Both plants reproduce by spores, making it even harder to differentiate them, but from a scientific perspective it is a fern.

Should I spray my Selaginella with a mister?

Your Selaginella plant requires humidity in the air around it rather than on its leaves. The best way to raise the humidity for an indoor plant that is not in a terrarium or enclosed vessel is to place it on a tray filled with gravel and water.