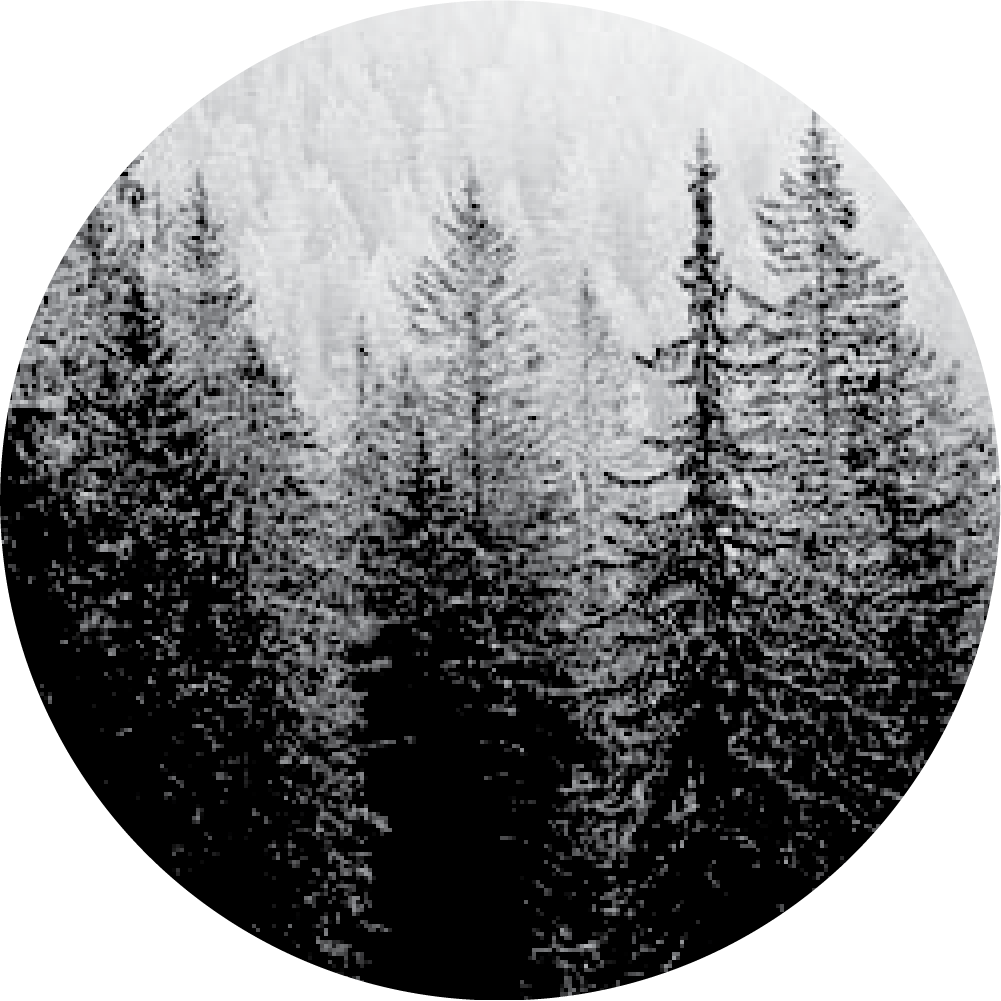 Beets are a great vegetable to grow at home because they adapt to a wide range of soil types and climates and grow easily.

They are also a versatile vegetable that produces almost no wastage, as both the root and the foliage of the plant are edible and delicious.

In this article, let’s learn about some common varieties of beets that you can consider growing right away this weekend.

Red beets are probably what springs to mind when most people think of beets. These are the most widely grown type of beets, though within this category there are many varieties to choose from. Red beets can range from sweet in flavor to verging on bitter, depending on the variety they are and how long they remain in the ground for. The length of time you store red beets can also affect their flavor; they are well known for having a long shelf life and store well, gaining sweetness but losing tenderness as they age in storage. Red beets get their color from a pigment called betalain, and the amount of this pigment in a beet will affect the intensity of its color. Red beets can range from pink-red through to deep and dark purple-red. Red beets are popularly cultivated for use in cooking and are perhaps most commonly roasted or used in salads. The leaves and roots of red beets are also edible and delicious.

This is a classic variety of red beet that is enormously popular due to its reliable performance, vigorous growth, and adaptability. It matures in 50 to 53 days and is typically ready to harvest a week earlier than most other red beet varieties. The beets this plant produces are perfectly round and deep scarlet in color. They have a sweet and tender flavor, being a touch sweeter than most other red varieties, and the roots of this plant are also delicious. 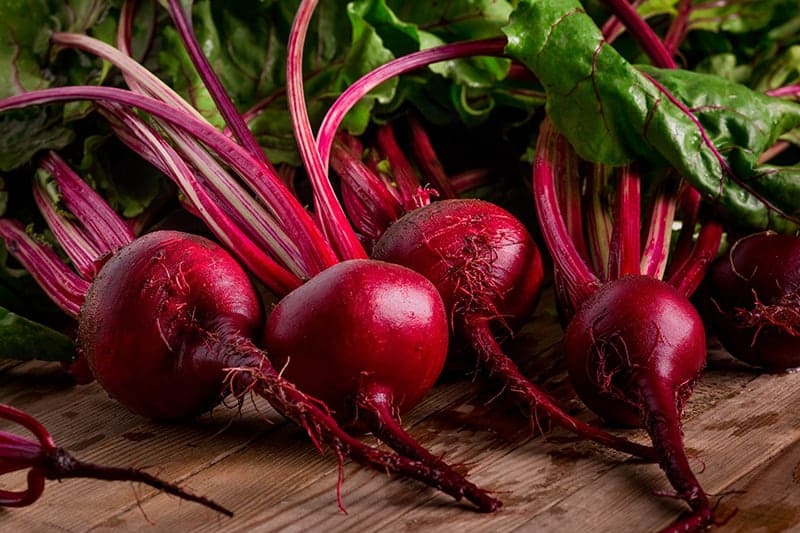 Detroit Dark Red originated in Ontario, Canada, and has become the gold standard of red beets. This is considered to be one of the most reliable red beet varieties, producing smooth, round beets year on year for over a century. Detroit Dark Red is one of the most widely cultivated types of beets and is likely one of the types you will find on shelves when browsing beets at the grocery store. The beets of this plant are typically around three inches in diameter with a deep red-purple color. They have long and nutritious roots and store very well. This is a versatile plant that can grow in almost any soil type and has good tolerance to both high and low temperatures. It’s also known for having good resistance to a range of diseases, including Bean Mosaic Virus and Cercospora Leaf Spot. Detroit Dark Red seeds do not transplant well, so they are best sown directly in vegetable gardens. The leaves of this plant are great in salads, and the roots are also tasty and nutritious. This variety of red beet matures in 60 days. 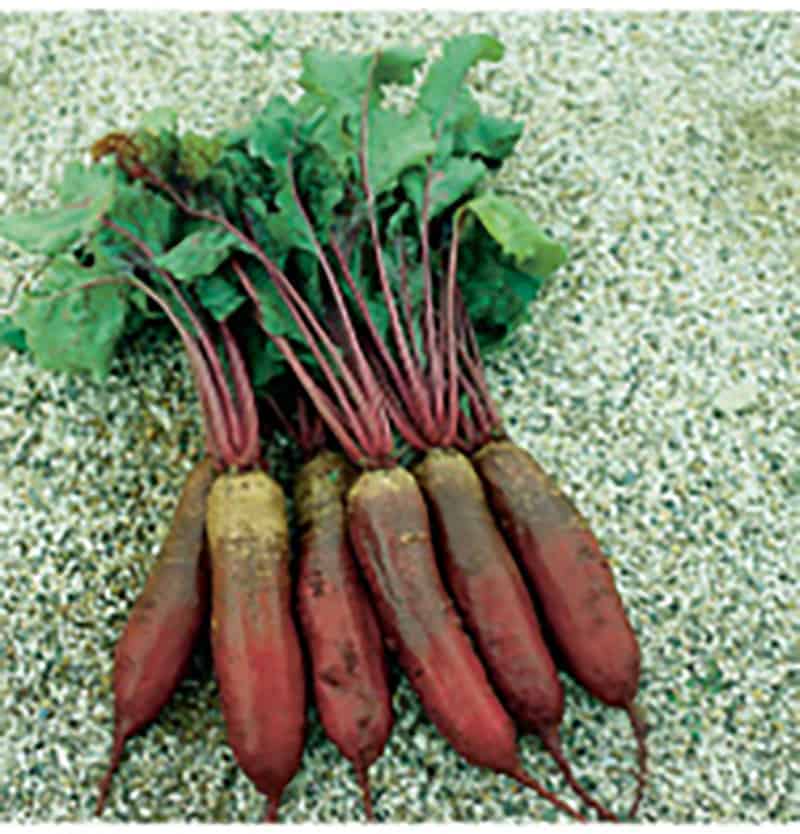 This is an heirloom Italian variety of beet, which is easy to grow and will adapt to a wide range of soil types and climates. The beets of this plant are long and cylindrical, which makes them easier to slice than round beets. The shape of these beets makes them great for home gardeners who have limited space in their vegetable plot, as it means you can grow more of them in a smaller area. These beets are sweet and tasty and resist going woody. They have a nice texture, and the beets retain this texture better when stored compared to many other varieties. These beets are resistant to many pests and diseases and produce leaves that are delicious eaten raw in salads. The beets of this plant are typically between six and eight inches long, and they mature in 60 days. 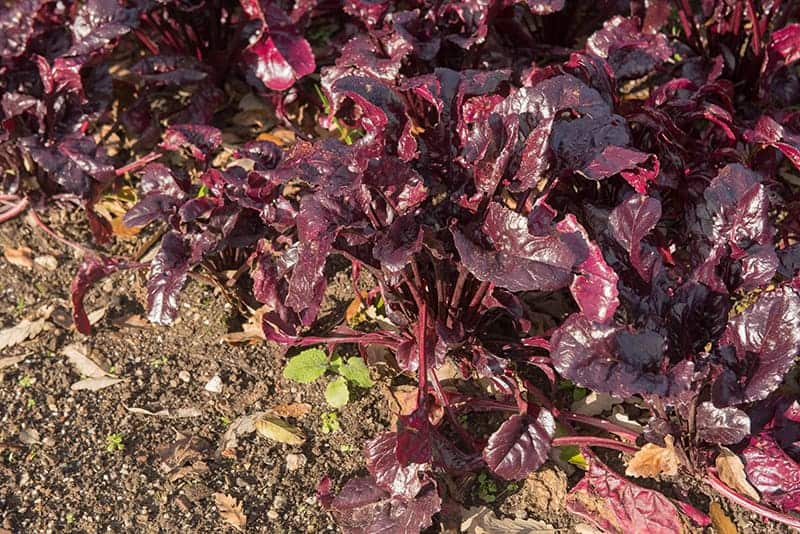 This variety of red beet not only produces delicious and edible roots and leaves, but it also adds a striking foliage color that is very ornamental in the vegetable garden. Its leaves are a deep and dark purple-red, and these can be used as baby leaves in a salad, or when they are larger, you can use them as an alternative to spinach, either raw or cooked. They have a tender flavor and will also make a stunning contrast on your plate alongside green salad leaves. The root of this plant is also edible and ready to harvest 58 days from planting. Some Bull’s Blood beets will have subtle candy striping on the roots, but this is largely dependent on climate conditions.

White beets are the most lesser-known beets, though they are slowly growing in popularity at farmers’ markets. These beets do not have any betalain, which is the pigment present in both red and gold beets that gives them their vibrant color and earthy flavor. As a result of this, white beets taste very different from most other beets and have higher sugar content. This makes them sweeter tasting than red and gold beets and also means they are much less healthy for you. In fact, some types of white beets contain such a high sugar content that they are specifically cultivated in order to produce commercial sugar, and these are known as sugar beets. It is estimated that over half of the sugar available in the United States is derived from white beets, and many more are cultivated for use in livestock feed. White beets can be eaten in the same way as red or gold beets, but the types that are used for sugar tend to get tough as they mature, so these should be eaten when young and small, both for their roots and leaves. For larger white beets, consider these varieties that are not used in sugar production.

This type of white beet originated in Holland and Germany. It is harvested when young, for both its tender dark green leaves that are commonly used in salads and its roots that vary from round to oval. The roots have thin skin, below that lays a firm and crisp flesh. These can be eaten raw and take on a much softer texture when cooked.

This is an award-winning white beet variety that reliably produces large, round roots, typically measuring around three inches across. It has a sweet, mild flavor, with no earthiness. It is a vigorous grower and will produce an abundance of edible foliage. These beets will be ready to harvest just 50 days from when seeds are sown, and the plant is resistant to many types of diseases that typically affect beets. 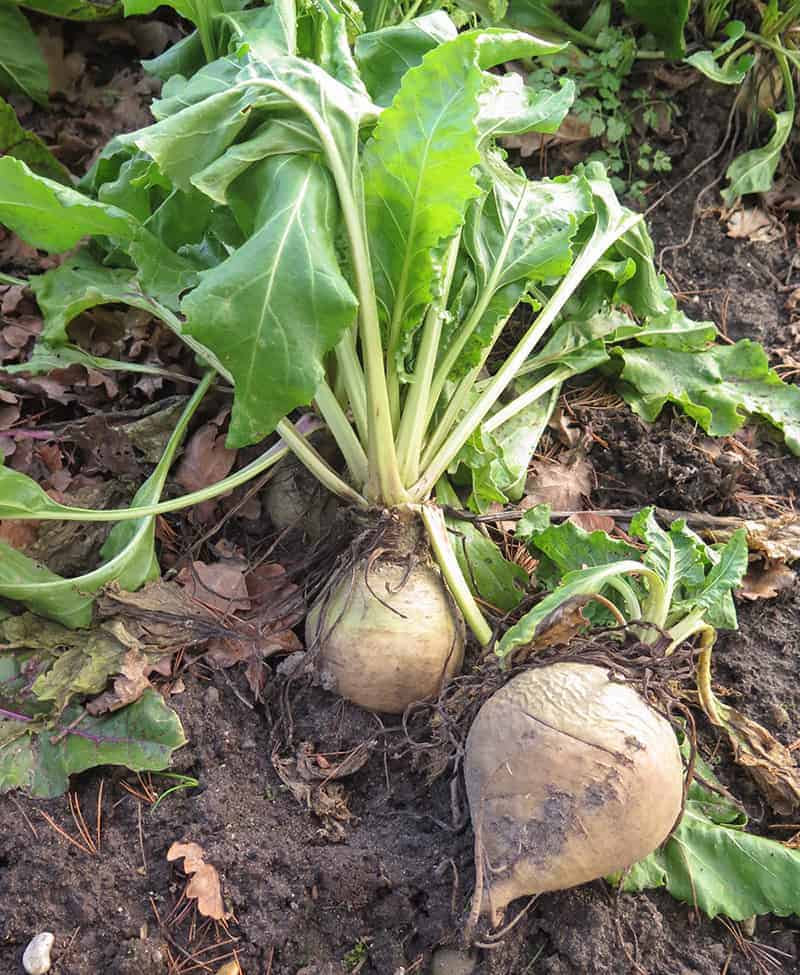 These beet plants produce long creamy green stalks that sprout with medium to deep green foliage. The roots are pure white and can be round or slightly conical shaped. These are hardy beets that do well in a variety of climates and soil types, thriving in both full sun and partial shade. These beets have a tender flavor, which can be enjoyed raw in salads and cooked in stir-fries or soups and casseroles. The benefit of these white beets is that they won’t bleed when cut, won’t leave stains on your kitchen or your clothing, and won’t turn your whole recipe red or purple.

These white beets are also sometimes sold as ‘Ice Albino’ or ‘White Albino.’ They have roots that are best eaten when between two and three inches in diameter. These beets have an ivory white flesh that is tender and crisp. They lack the earthy flavor of red and gold beetroots and have a much sweeter taste, which makes them popular among children. The foliage is edible and rich in nutrients and also ornamental while growing. These beets are easy to grow, though this variety is prone to bolting when the weather gets too hot. Blankoma beets can be harvested early and used as baby white beets, or left in the ground longer to produce large roots. This variety is known to be suitable for leaving in the ground without getting woody or losing its good texture.

Gold beets contain less betalain than red beets, but more than white beets, which means they have a flavor that lies somewhere between the two. They are not as earthy tasting as red beets, but not as sweet as white beets, offering a good compromise on both taste and healthiness. The moderate amount of betalain in gold beets gives them their yellow-orange color, which brings a bright ray of sunshine to culinary dishes. They can be used much like any other beets, either eaten raw in salads or roasted and mixed into casseroles, stir-fries, and other savory recipes. They are sometimes preferable to red beets because they have thinner skin that doesn’t need to be peeled, making them more convenient in the kitchen. Gold beets are rarely found in the grocery store and are still considered to be something of a novelty, though you may find them in farm shops or farmers’ markets. These are the hardest type of beets to grow because they have a low germination success rate; therefore, you should over plant them with the expectation that many of the seeds will fail. However, once germinated, these beets grow much like any other type of beet. They thrive in sunny conditions and will tolerate a wide range of soil types and climate conditions.

This plant produces round to conical shaped roots that have a highly pigmented deep orange-colored skin and golden yellow flesh beneath. These beets retain their color when cooked, unlike some other gold varieties that fade to a paler yellow. The foliage of this plant is nutritious and delicious, with a fresh green color that looks great in salads. 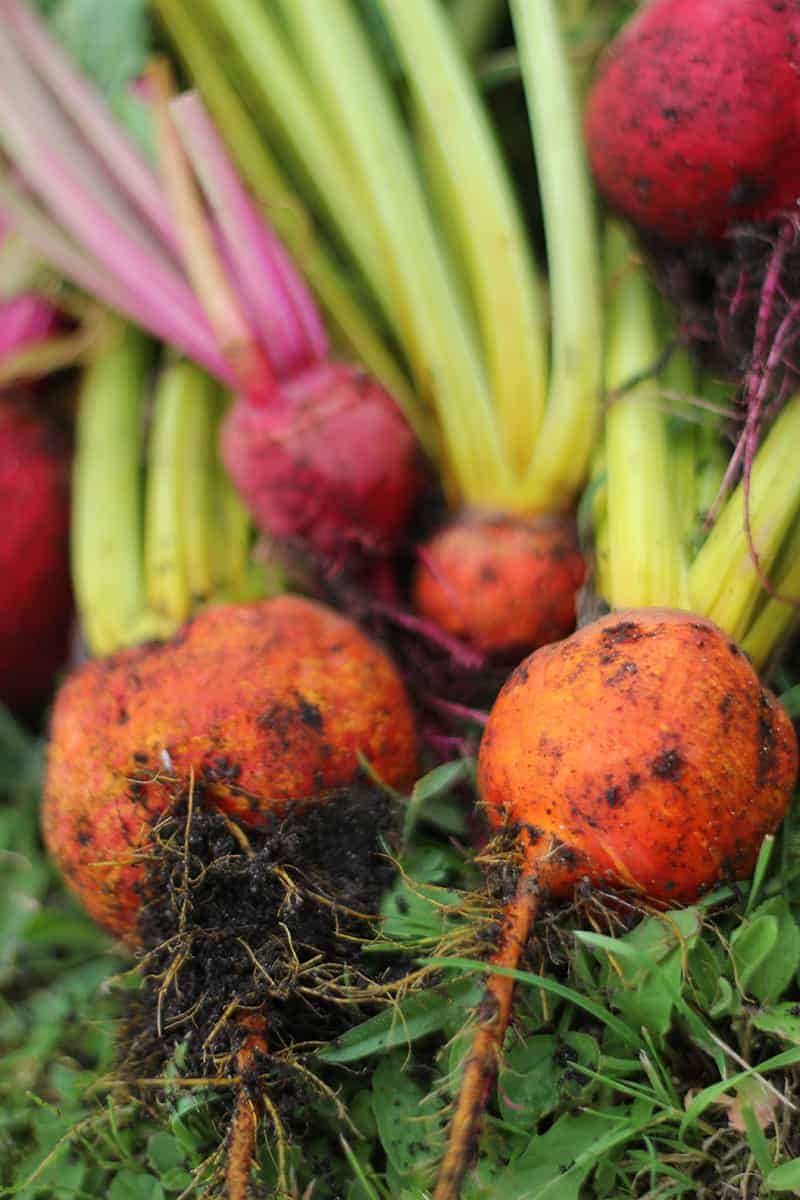 This is a vigorous plant that produces copper-colored beets, with deep orange flesh. This would be a good gold beet to try if you have failed with other gold beet varieties, as it tends to have a better germination rate than most and a vigorous growth habit. These beets have a uniform flavor and an impressively sweet and tender flavor. 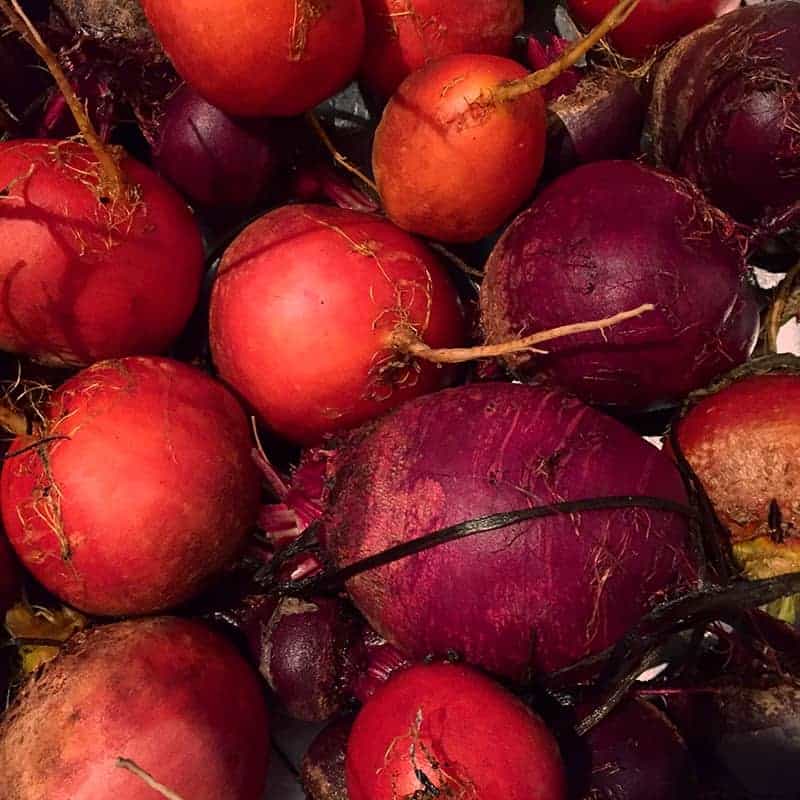 These beets have a mild yet sweet flavor, with copper-colored skin and deep yellow flesh. They do not bleed when cooked and are mature within 55 days from sowing seeds. The leaves of this plant are best used in a salad when young and tender or can be cooked alongside other greens when mature.

There are some types of beets that have an unusual look, giving them a novelty appeal. These can be used in dishes to create a quirky look and be a talking point for guests.

Also known as ‘Baby Ball,’ these are miniature beets that grow to around one inch in diameter. They take the shape of perfectly round balls, with the telltale purple-red beet color. They are ideal for use chopped in half in salads, or they can be pickled whole. 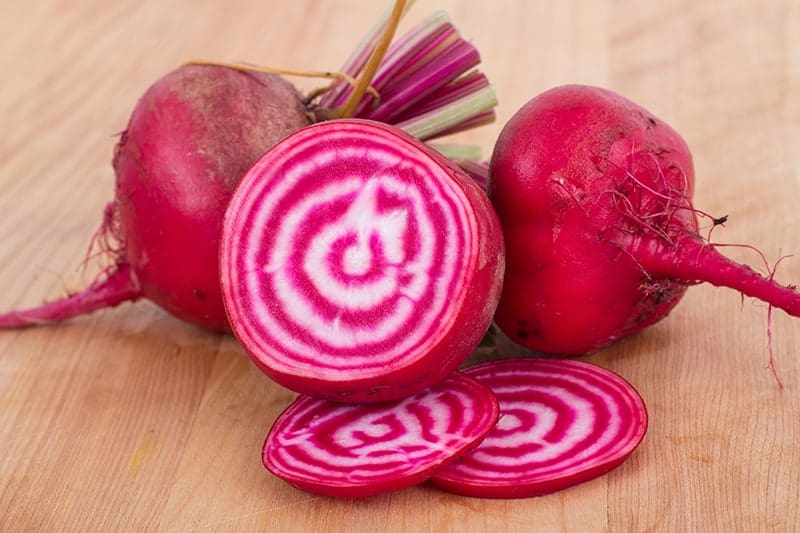 These beets are named after Chioggia, a coastal town in Italy that was renowned for growing an abundance of these interesting beets. Chioggia beets are favored for their striped firm flesh, which has circles of deep red and white. They are best used when sliced raw, as their colored stripes can bleed and become less pronounced when cooked. These beets have a slightly flattened round shape and are medium to large in size. They have an earthy flavor and a crisp texture, which softens if cooked. 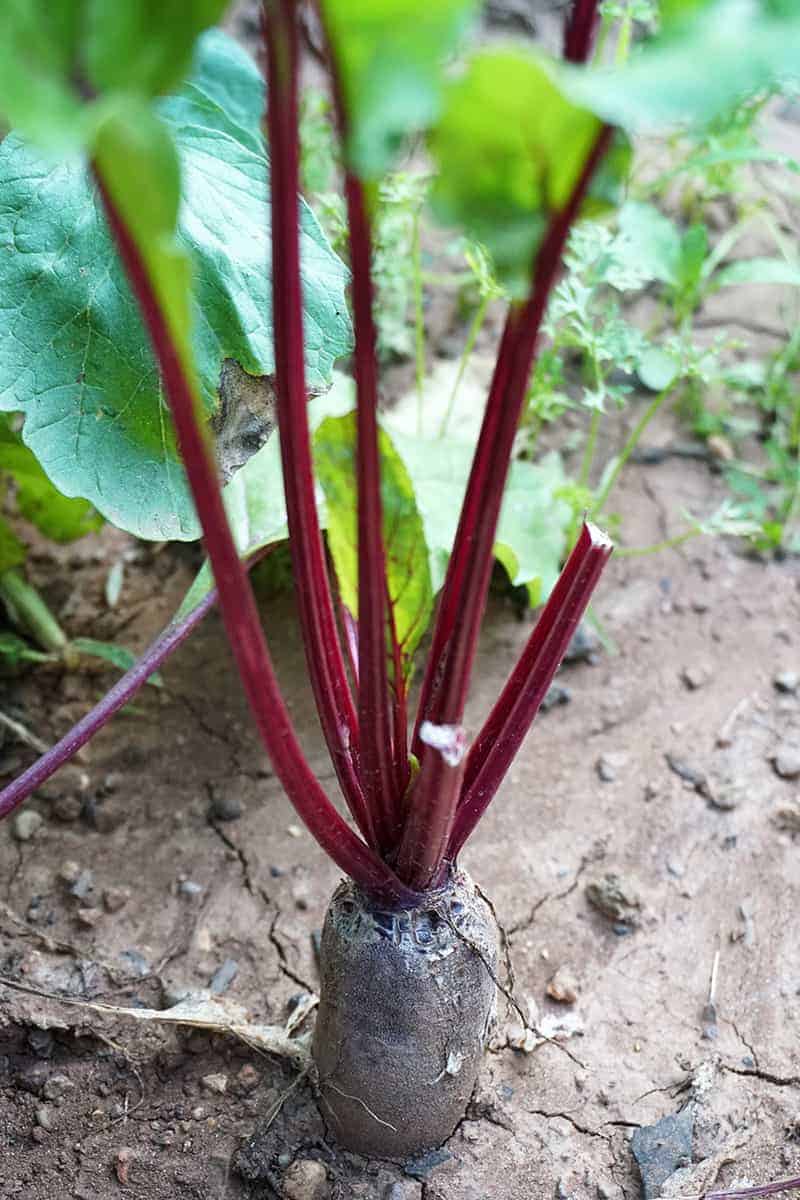 As you would expect from its name, this plant produces long and cylindrical beets. They typically measure between six and eight inches long. These beets have a sweet and earthy taste and generally take longer to mature than globe shaped beets.