The tea plant can be grown as a shrub or a small tree. It is evergreen, producing showy flowers, though it is most notable for its foliage, which, when immature, is harvested to produce tea beverages. Leaves can vary in length between two and six inches and are a pale green when young with soft white hairs on their undersides. Older leaves are a darker, deeper shade of green and lose their hairs. These plants are very attractive, producing lush foliage that retains its color all year round.

Tea plants are grown natively in eastern Asia, where they have been used to produce tea beverages for thousands of years. Though the exact origin of the tea plant is not known, it is believed that the original tea plants grew in China and Burma. Legend has it that the emperor of the time accidentally brewed the first cup of tea when he was boiling water in his garden, and a leaf from his camellia plant fell into the pot. The resulting drink led him to investigate the uses of the plant and its potential medicinal properties.

Camellia sinensis is cultivated today to produce tea, which has become one of the most widely consumed non-alcoholic beverages in the world, though even some alcoholic drinks utilize tea extracts or flavorings. Camellia sinensis are able to survive in climates as low as USDA hardiness zone 7 and can therefore be grown in a wide range of locations. Camellia sinensis is the most cold-hardy of all tea plants, though if you don’t live in a warm enough climate zone, you can grow the plant indoors because it fares well when grown in a container as a houseplant.

There are many thousands of cultivars of tea plants, and these include: Fushun, Yabukita, Meiryoku, Benifuuki

The tea plant, though native to cool areas of East Asia at high altitudes, is now cultivated across both tropical and subtropical regions as well. The area in that the tea plant is grown will largely affect the irrigation it requires. In warmer climates, the plant will need more water because it will dry out more quickly, whereas, in cooler climates, infrequent watering will suffice.

This plant likes to be kept in moist soil, but every care should be taken that the soil is not wet or soggy, as this will ultimately lead to root rot and the death of the plant. When planting the Camellia sinensis, ensure it is surrounded by well-draining soil, as this will help any excess water to drain away from the roots and keep them from sustaining damage.

Tea plants do not perform well in clay or heavy soils, so you should amend these types of soils with sand, organic compost, or grit before planting the tea plant. This plant prefers sandy soil with an acidic pH. If you grow your tea plant in a container, ensure there are drainage holes in the base of the pot to allow, water to drain away. Tea plants will thrive in soils that are rich in nutrients and organic content and are deep enough for their complex root system to fully develop. 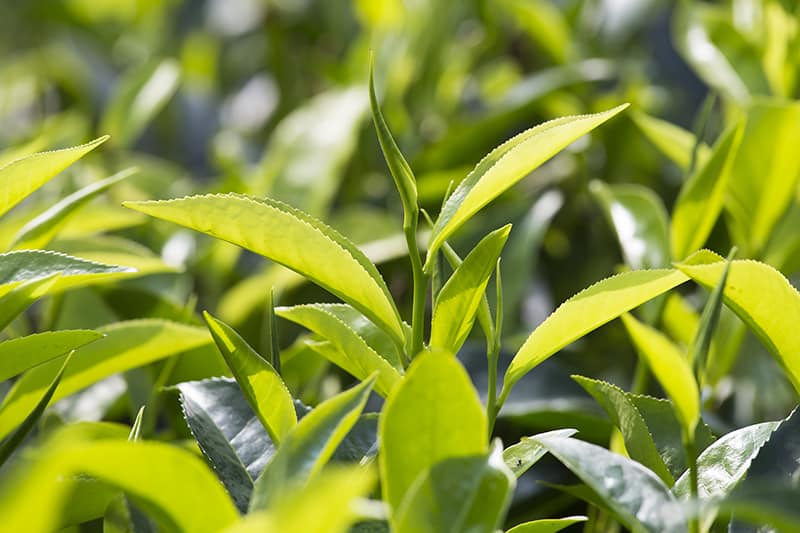 The tea plant will thrive in full sun or partial shade. It can be grown under the sparse canopy of taller trees, where dappled light can get through to the plant, or it can also do well when shaded entirely during some portions of the day, so long as it has at least four hours of direct sunlight.

In cooler regions, it is recommended that the plant receive full sun, but as it is not tolerant of high levels of heat, it may benefit from afternoon shade when grown in the higher end of the appropriate climate zones. Afternoon shade helps to protect the plant from scorching and provides some relief from high temperatures during the hottest part of the day. 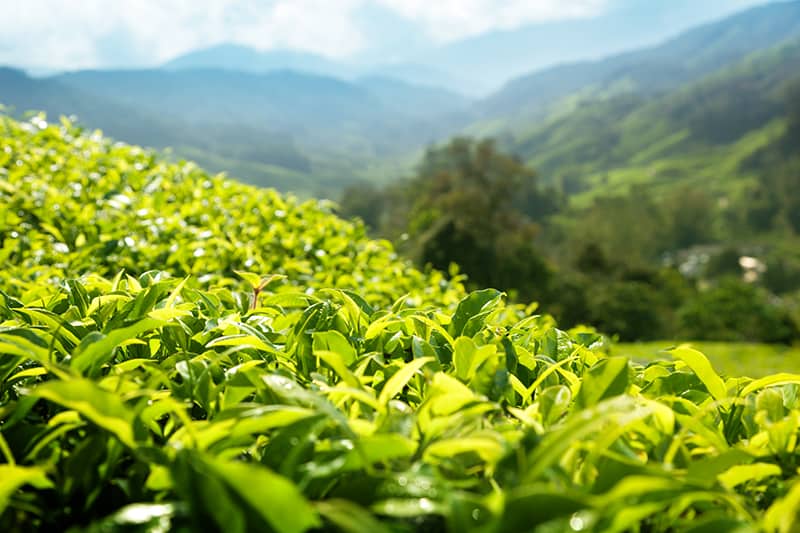 There are many varieties of the tea plant, and a large portion of these are cultivated in tropical and subtropical climates where temperatures are milder. In the United States, tea is most commonly cultivated in Hawaii. However, Chinese varieties of the Camellia sinensis are the hardiest types of tea plants, and these can be grown in cooler climates down to USDA zone 7. They thrive in cool climates at high altitude and are therefore suitable for growing in the gardens of many western climates.

It is not recommended for growing in USDA hardiness zones upwards of 9, as it is not tolerant of high levels of heat, though you may get away with growing it in zone 10 if you position it in an area that is shaded during the hot afternoons.

Tea plants love humidity, which is why they fare well in tropical climates. If you are growing your tea plant as a houseplant, then make efforts to keep the air around it moist because the air in homes typically tends to be quite dry.

You can increase humidity levels by spraying the plant with a water mister, using an electric humidifier, or standing the plant on a pebble tray. You can easily create your own pebble tray by sitting small pebbles on a tray and filling the tray with water. The water level should not be higher than the tallest pebble, and therefore not be at a level where it can seep into the soil of the plant through the container’s drainage holes. As the water evaporates from the pebbles, it will increase the humidity level of the air surrounding the plant.

If you are growing the tea plant solely as a means of producing your own tea, then it is recommended that you prune flower buds from the plant as soon as they appear. This will ensure that the plant’s energy is not used on flower production and instead gets directed at producing more foliage. However, many home gardeners choose to allow the plant to bloom, as its flowers are so attractive.

Most tea plants produce white flowers, though some can be yellow, and they will measure up to two inches across per bloom. These flowers are usually produced during the fall and can add much interest to the garden at a point when many other plants are entering dormancy and have little to offer. Tea plants may also flower during early spring. These flowers are lovely as cut flowers.

These plants do not need to be fertilized very often but will benefit from an annual application of balanced fertilizer in spring. This will ensure they have the energy and nutrients needed to produce plenty of summer growth that can be harvested for tea. Heavy summer growth is important because it is the new foliage produced that is most flavorsome for use in making tea.

Tea plants can be grown as shrubs or trees, though if you plan to harvest your plants, then this will be much easier to do if the plants are fairly small. It is for this reason that most home growers annually prune their tea plants to keep their height under control, and generally, a maximum height of between three and six feet is recommended.

Conversely, some growers believe that a taller tea tree will result in a more intense and flavorful cup of tea, as the roots will be encouraged to spread far and wide, reaching more nutrients and producing a healthier plant. If you do decide to prune your tea plant, you should do this in early spring or late winter. Use a sharp and sterile tool, cutting at 45-degree angles that face upwards to encourage new growth. 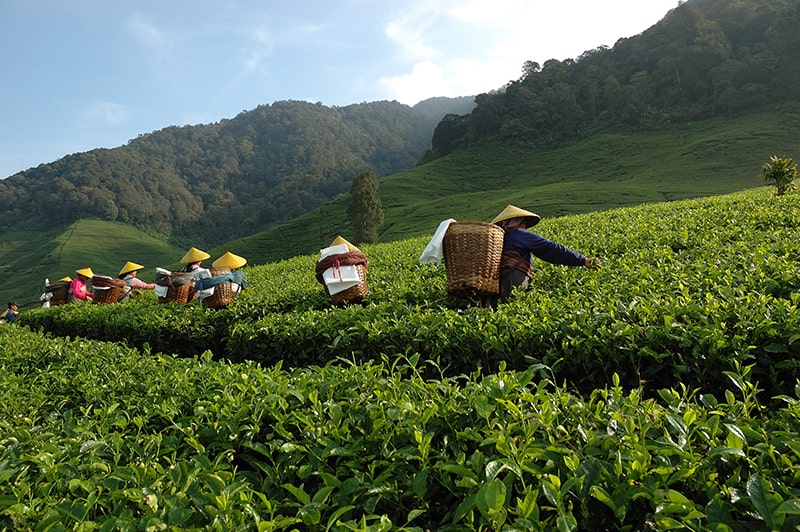 Harvesting tea, which is technically known as ‘plucking,’ can be done at any point when the plant is growing well, though you need to wait until the plant is at least three years old. The best tasting tea will come from the youngest leaves, so there is no point harvesting your plant during its dormant phase when leaves will not be new and fresh.

You should harvest your tea plant by hand, as only the uppermost portion of the plant will be plucked. Select the youngest leaves, ideally those that have just unfurled or are still unopened. Pluck them in groups, keeping a little of the stem intact to hold the leaves together. In some instances, stems and flowers can also be used to make tea, but this is less usual.

After you have plucked the leaves, allow them to dry out for a few hours in the shade. This process is known as oxidation, and the length of time you allow the leaves to oxidize can dramatically affect the taste of your tea. You may need to experiment with different lengths of time oxidizing the leaves until you get your ideal tea.

After drying them out, the leaves will need to be steamed. To do this, you can use the stove or a vegetable steamer. Following steaming, the leaves should be spread out on a tray and allowed to dry out in the sun, or alternatively, you can dry them out in the oven. Once dried, you can store them in an airtight container ready for steeping when you would like a cup of tea. 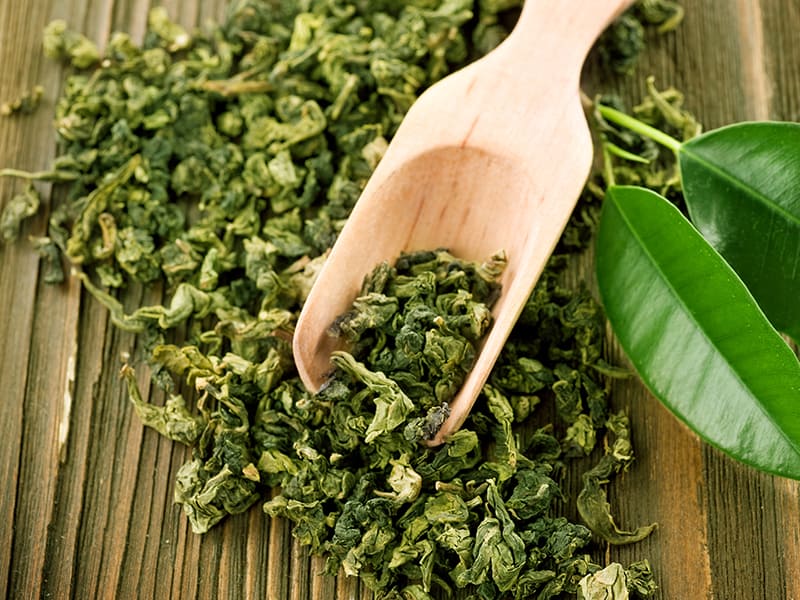 Tea plants are most commonly cultivated for their foliage that is used to make tea. The dried leaves are infused in boiling or hot water to make this enormously popular beverage. Tea is known to contain some antioxidants that can help to promote good health by protecting the body against cancer, stroke, and heart disease. However, tea also contains caffeine that can have negative effects on the body, including restlessness and irritability.

Tea is popularly consumed hot, and in some cases, milk or sugar may be added. Tea can also be drunk cold, on ice, as iced tea. This drink is especially popular in the southern United States and in some European countries. Some people boil the leaves of the tea plant and use it as a vegetable, though this is not common.

An essential oil can also be extracted from the tea plant, which is used in flavoring foods and drinks and in scenting perfume. Oil can also be extracted from the seed of the plant, and this can work well in cooking as an alternative to olive oil or rapeseed oil. Be careful not to confuse oil from the tea plant with tea tree oil, which comes from a completely different plant and should not be consumed.

Aside from its edible uses, the tea plant is also very useful as an ornamental plant. It produces large, showy blooms that are popular with home gardeners and can grow to between ten and 15 feet wide, which makes it very useful as a privacy screen in gardens. 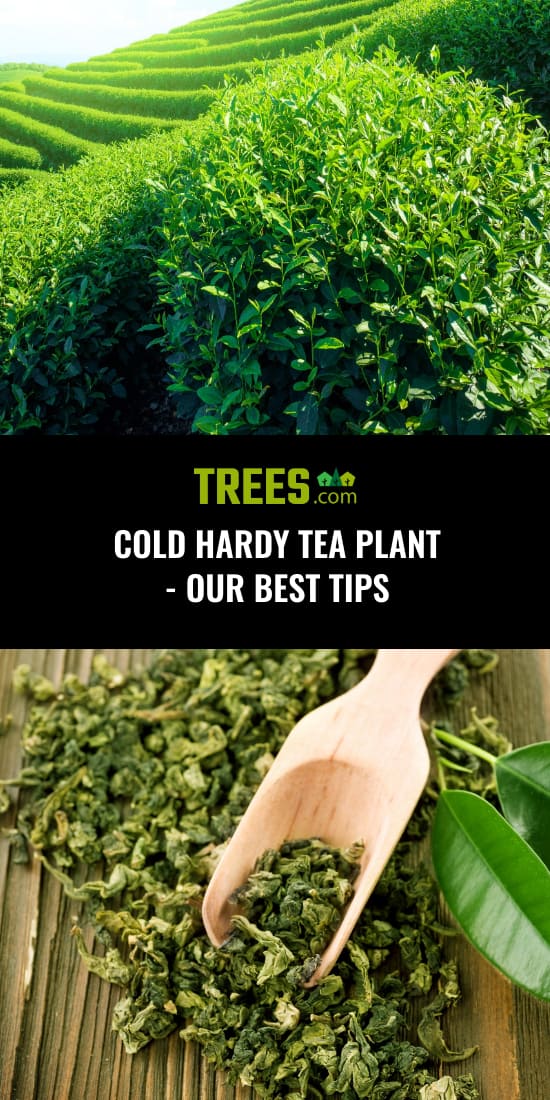